Showing posts with the label General Equity
Show all 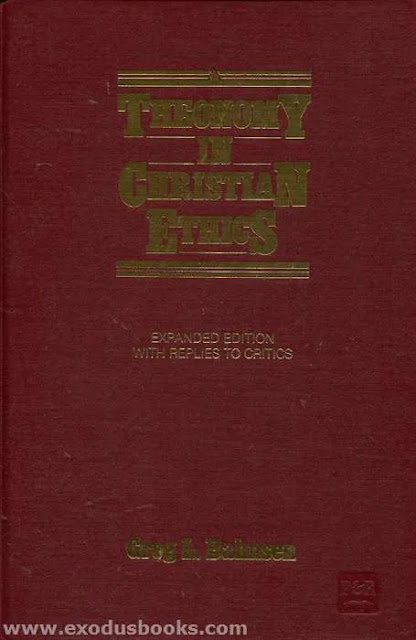 By Dr. R. Scott Clark - Posted at The Heidelblog: When the theonomy movement initially began to gain steam, Jimmy Carter, a Southern Baptist who had campaigned as a “born again” Christian, was part way through his first and only term in the White House. Three years before that, the Supreme Court of the United States had fabricated out of whole cloth a virtually limitless right to end the life of a baby in the womb. “Born again” was a new expression to a lot of Americans but in the year he took the White House (1976) over a doomed Gerald Ford—no Republican was going to win the White House that year— Newsweek magazine had Carter on the cover with the words “Born Again” on October 2 and an October 25 cover devoted to the “born again” phenomenon.1 It was the era of Jerry Falwell and the Moral Majority. This was the context in which the theonomy movement coalesced around a single volume by Greg Bahnsen (1948–95), Theonomy in Christian Ethics (Craig Press, Nutley, N. J., 1977). The broader
Post a Comment
Read more
More posts