Judge Rules in Favor of NC Churches Seeking to Hold Indoor Services: ‘There Is No Pandemic Exception to Constitution’ 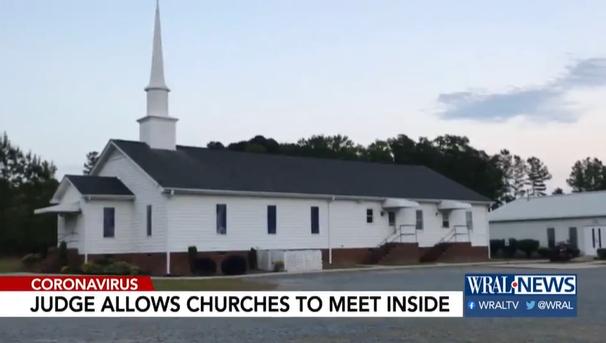 RALEIGH, N.C. — A U.S. district judge in North Carolina has ruled in favor of two churches and a ministry that want to hold indoor services but feel prevented from doing so as executive orders from Gov. Roy Cooper have limited “mass gatherings” to 10 people and a later directive said that larger meetings should “take place outdoors unless impossible.” The judge stated that there is no good reason why churches can’t have indoor services — with social distancing and other protective measures in place — when funeral homes and other locations are allowed to accommodate dozens of people.

“There is no pandemic exception to the Constitution of the United States or the Free Exercise Clause of the First Amendment,” wrote Judge James Dever III, nominated to the bench by then-President George W. Bush.