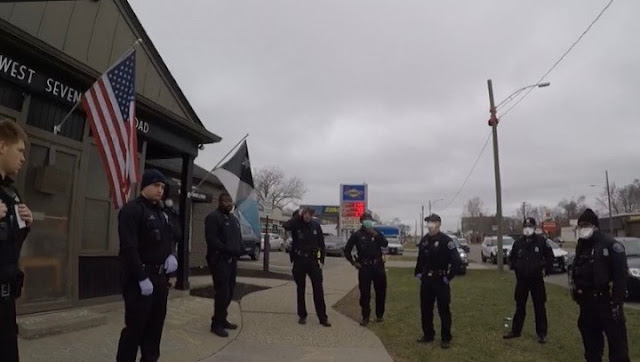 The lawsuit was filed on behalf of three pro-lifers, Andrew Belanger, Justin Phillips, and Cal Zastrow. The lawsuit also names the City of Detroit as a defendant.

On March 24, 2020, Governor Whitmer issued the Executive Order in the wake of the coronavirus pandemic. While most businesses were forced to shutdown as a result, the Governor has refused to order abortion centers in Michigan to close even though abortion is an elective procedure, it is never necessary to protect the life of a mother, and it results in the death of an unborn child, which is contrary to the stated goal of the Executive Order “to sustain or protect life.”

Because abortion centers remain open in Michigan during this current pandemic, the pro-life plaintiffs are compelled by their consciences to be witnesses for life by engaging in peaceful, free speech activities on the public sidewalks outside of abortion centers located throughout the State. This activity is fully protected by the First Amendment.

On March 31, 2020, Belanger was engaging in his free speech activity on the public sidewalk outside of the Scotsdale Women’s Center, which is an abortion center located in the City of Detroit. He was preaching, holding a pro-life sign, and practicing social distancing. In fact, he and his fellow pro-lifers are adhering to the social distancing measures recommended by the Centers for Disease Control and Prevention, specifically including remaining at least six feet from people on the public sidewalks when engaging in their expressive pro-life activities.

While Belanger was exercising his First Amendment rights, eight City of Detroit police vehicles and fifteen City police officers arrived. Belanger was the only pro-lifer engaging in expressive activity at the time of their arrival. Other pro-lifers, including Phillips, soon arrived to witness this exceedingly large police presence for one pro-life demonstrator.

The officers proceeded to issue Belanger a “State of Michigan Uniform Law Citation” for violating the Executive Order—a misdemeanor offense. The law violation described in the citation is “emergency powers of governor.” The offense was described as “Subject refusing to leave, protesting outside while shutdown is in effect.”

While the Executive Order criminalizes the pro-lifers’ exercise of their First Amendment rights on a public sidewalk, the Order expressly provides exceptions for individuals who want to use the public sidewalks “[t]o engage in outdoor activity, including walking, hiking, running, cycling, or any other recreational activity consistent with remaining at least six feet from people . . . .”

In addition to filing the Complaint, the Law Center also filed a motion seeking to immediately halt the unlawful enforcement of the Executive Order while the case proceeds.

“The scope of our lawsuit and request for a restraining order are narrow. We do not advance a general challenge to the constitutionality of the Governor’s Executive Order, nor do we seek to halt its enforcement outside of the very limited and narrow scope of our challenge. We understand the critical need to stop the spread of the corona virus, as do our clients, who are adhering to the social distancing guidelines. Through this litigation, we only seek to prohibit the use of the Executive Order to criminalize our clients’ peaceful, free speech activity on the public sidewalks outside of abortion centers throughout Michigan. Indeed, under the current enforcement of this Order, our clients’ First Amendment activity is a crime. Yet, an individual could use the very same sidewalk to walk, hike, run, cycle or engage in other similar recreational activity without receiving a criminal citation for doing so. This our Constitution does not permit.”

“If the stated purpose of the Executive Order is true—that it was issued “to sustain or protect life”—then Governor Whitmer should order the immediate closure of all abortion centers throughout the State. Indeed, there is little doubt that abortion will be responsible for killing more human lives this year in the United States alone than COVID-19 will kill in the entire world during the course of this current pandemic.”

The lawsuit was filed in the U.S. District Court for the Western District of Michigan. It has been assigned to the Honorable Janet T. Neff.