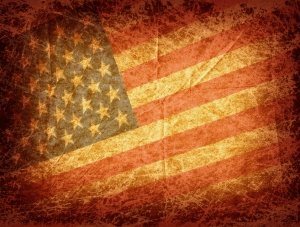 By Adam Ford - Posted at Disrn:

Yesterday we published two seemingly unrelated news articles. Yet the story they tell when placed next to each other and viewed in the same gaze with clear eyes is one every American should hear and ponder.

First, we reported on Alexandria Ocasio-Cortez. The darling of the "just left of Marx" camp, in an interview with Vice, stated that once the economic lockdowns are lifted, Americans should simply refuse to go back to work. Here's what she said:


Americans should refuse to go back to work, she says. "No. We're not going back to that," we should say.

Back to what? To the greatest and most prosperous economic times humans have ever known. The highest wages and the lowest unemployment for all groups. Companies fighting each other to pay people more for their skills and services. The least amount of financial suffering of our lifetimes. An economic situation that should have caused any of us with a modicum of self-awareness, knowledge of history, and honor to say out loud every day, "Thank you, God, for this time in which I live."

That's what AOC says we should refuse to go back to. The best we've ever had it. Because it wasn't enough. The government should be giving us more, more, more — without us having to lift a finger. We deserve it. We are entitled to it.

That's one way of being an American.