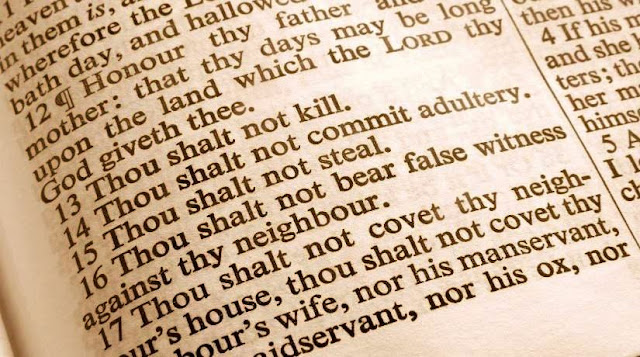 By Pastor Sam Powell - Posted at My Only Comfort:

I am sad today.

Maybe it’s the fact that I didn’t sleep.

Maybe it’s the fact that I can’t speak what is on my mind. I know the fallout that will happen as soon as I post this. But I can’t be silent.

God gave us Ten Commandments. They define for mankind what is right and what is wrong. Moses said, “And he added no more”. He also wrote these commandments on the hearts of men and women whether they are God’s people or not. The conscience bears witness to that. When God’s people sinned, God sent prophets to them.

The vision of Isaiah the son of Amoz, concerning Judah and Jerusalem which he saw during the reigns of Uzziah, Jotham, Ahaz, and Hezekiah, kings of Judah.

2 Listen, O heavens, and hear, O earth; For the LORD speaks, “Sons I have reared and brought up, But they have revolted against Me. (Isa 1:1-2)


Here’s the rundown. Uzziah, not a bad king. He was on the right side politically.

Jotham was a good king. He was on the right side politically

Ahaz, wicked king. Liberal. Changed Judah’s worship. Made an alliance with Assyria and built an alternate altar on the temple grounds. Offered his children to Baal.

But when they sinned, Isaiah rebuked them in the name of the Lord, no matter who they were. Harshly. That is what he was called to do.

Today we only have one standard of right and wrong:

And, as Bob Dylan famously put it, “we have God on our side”…no matter what party you are. You are right. They are wrong.

Ethics by political association. How did that happen?

Shouldn’t we, as God’s people, define right and wrong by what God has written in his word?