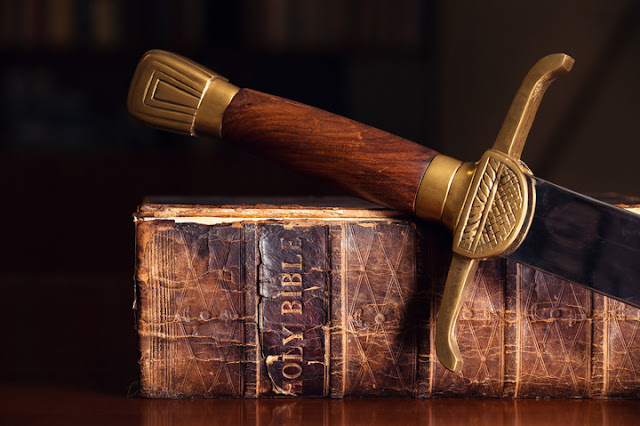 By W.J. Seaton - Posted at Herald of Grace:

“There is a time to speak, and a time to be silent; and if we must give an account for every idle word spoken, take care lest you have to answer for idle silence.” So spoke an old father of the Church many years ago, and his words still have a ring of exhortation about them for any age of the Church – our own age included. As Mr Spurgeon had it, “Treatises in abundance have been produced upon the sins of speech; but are there not also sins of silence?” And in so many ways, the professing church of our day has become a silent church with regards to the faith once delivered to the saints. Perhaps we have now fully fallen victim to that brand of evangelicalism that places more emphasis on what a Christian doesn’t do, than on what a Christian does. You know the early catechising of many a new convert: “Now that you are a Christian, you must not – – – – .” And the negative begins to dominate the positive instead of being a hand-maid to it, and we have a church that recedes into its shell and becomes silent under the guise of piety and Christian forbearance, when it is really “sinful silence” that is being indulged in.

Now, the condition affects both the “defensive” and the “offensive” roles of the church; and it affects us individually and collectively. The church has, most certainly, a “defensive” role to fulfil, and should ever be set for the defence of the gospel. But, strangely enough, it appears that many of those Christians and Ministers who have set themselves in positions of defending the faith of our fathers are the least involved in that occupation when it comes to speaking out in those areas where that faith is very often under attack. Remember the charge that was delivered against Edom? “On the day of thy brother’s calamity … thou stoodest on the other side.” Edom refused to come to the aid of his brother, and when the gospel of our Lord Jesus Christ is under attack, as it most certainly is in so many “churches” and denominational structures, it is nothing short of sinful silence merely to remain quiet in such cases.

“Bewildering events and confusing days are upon us,” wrote a man not many years ago, “Bible-believing Pastors sit side by side with modernistic ministers in city ministerial associations. Evangelical Pastors stand on the same platform with modernistic ministers at conventions for the ‘deepening of the spiritual life.’ Evangelical bookshops handle literature written by liberalists. Professing fundamentalist church leaders are seeking to bring their denominations into the World Ecumenical Movement. Gospel organisations send out ‘two’ magazines and press releases – one for the liberals and one for the fundamentalists.” The writer’s list goes on and on. It is slightly “dated;” but that makes it all the more pointed. Those issued that only appeared as “inroads” some twenty or twenty-five years ago are now the “motorways” of the religious scene through the world.