Is All Of Life Political? 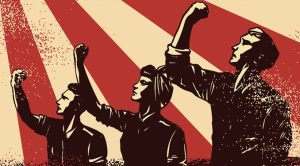 Search for the phrase “all of life is political” and one finds not a few results. We expect such a sentiment to be very popular among mon-Christians, whose hope is focused on this life and this world. Remarkably, however, Christians are among those who use it most frequently. This is remarkable because there is a prima facie (i.e., what seems to be the case initially and is reasonably accepted as true until proven otherwise) evidence in Scripture that primary focus of Christians is not to be this world.


My Kingdom Is Not Of This World

When Pontius Pilate asked Jesus if he was King of the Jews, our Lord replied, “My kingdom is not of this world. If my kingdom were of this world, my servants would have been fighting, that I might not be delivered over to the Jews. But my kingdom is not from the world” (John 18:36; ESV). When the Jewish authorities tried to trap him by questioning him publicly about his loyalties, our Lord replied, “render to Caesar the things that are Caesar’s, and to God the things that are God’s” (Matt 22:21; ESV). Whose picture was on the coin? Caesar’s (Matt 22:21). The coin is Caesar’s. If he demands it, give it to him. Your soul, however, is God’s. He said something similar in the Sermon on the Mount: “And if anyone would sue you and take your tunic, let him have your cloak as well. And if anyone forces you to go one mile, go with him two miles” (Matt 5:40–41). Contra those who teach that the Sermon on the Mount is “not for today,” the church has always understood the Sermon on the Mount to be God’s Word for his church until his comes.