Children and consent: How eugenics is parallel in James Younger case 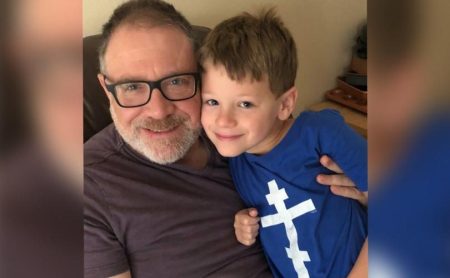 What happens when a state or a judge for that matter orders the bodies of young children to be forever altered under the guise of medicine? Well, I think we already know because history is a great teacher. After all, under eugenics programs targeted at poor whites and a majority of minorities we witnessed the abuse of state eugenics courts who ordered the surgical sterilization of men, women and children (too young to consent) in the name of public health. And, while some were complicit in this monstrous part of our history, many others said and did nothing to stop it. Today, the James Younger case out of Texas parallels this tragic time in history and reveals how the state can potentially yank children from a parent and pump them full of hormones to force them to become another gender.

Past is reflection of the Present:

“Unnamed patient records from the 1920s document hundreds of individuals in their late teens and early 20s sterilized for…feeblemindedness, or mental deficiency. A notable percentage of these young patients were typed as masturbators or incest perpetrators if male and as promiscuous—even nymphomaniacal—or having borne a child out of wedlock if female,” noted a report on coercive sterilizations, ironically titled, Sterilized in the Name of Public Health.

This targeting of vulnerable children continued for years. Wallace Kuralt who influenced the opening of a Planned Parenthood facility in North Carolina, headed a coercive eugenic sterilization program in the state when he served as Mecklenburg County’s welfare director from 1945 to 1972. Eugenics has been a cornerstone of Planned Parenthood’s history, and its ugly roots continue to be revealed. According to a report by the Charlotte Observer:


Kuralt retired almost 40 years ago and died in 1994. His key aides also have died, and memories have faded of the decisions that changed hundreds of lives. Some women came forward willingly. Some patients were little more than children who didn’t understand what was to take place. Today, it is impossible to tease out the exact mix of good intentions and overzealous execution, prejudice and paternalism that let such a crusade run unchecked.

A coercive program put in place by the German Nazi Party also targeted children-unable to consent.