Why Islamists and Fascists Persecute Christians 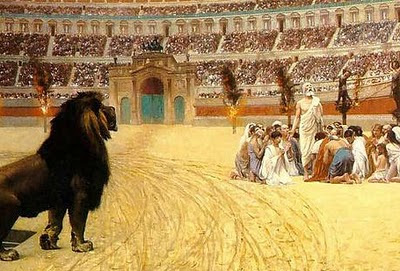 A study from the Europe-based Center for Studies on New Religions recently confirmed that “Christians continue to be the most persecuted believers in the world, with over 90,000 followers of Christ being killed in the last year [2016],” which computes to one death every six minutes. The study also found that as many as 600 million Christians around the world were prevented from practicing their faith.

Which group is most prone to persecute Christians around the world? The answer to this was made clear by another recent study; it found that, of the ten nations around the world where Christians suffer the worst forms of persecution, nine are Islamic, though the absolute worst—North Korea—is not.