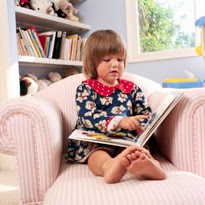 I worked for the homeschool newsletter Esprit before I was married, and a decade ago, as the father of four children, was handed the role of editor. I’ve been thinking lately about changes in American culture that are affecting the work of such publications and their sponsor groups. It is published by the Chattanooga chapter of the Tennessee Home Education Association, which is considering how to continue making itself valuable to families involved in Christian home education and family-centered living.

Curriculum fairs are closing down. Support groups are withering. Circulation among homeschool newsletters plunges. Moms get along without connecting with other moms. The online world beckons, as do co-ops that do your homeschooling for you.

When it started it was not legal, says Claiborne Thornton, president of Tennessee Home Education Association and a founding member.

“So the bar of entry into homeschooling was very high. You had to be committed *** — to a biblical worldview. Ninety-five percent of the people who started homeschooling were epistimologically self-conscious people that saw their responsibility before God as to train their children as in Deuteronomy 6. And that message was sound and solid and resonated.

“The bar to entry into homeschooling these days has gone down, and has done a complete flip.” One family told of being in a neighborhood where everyone homeschooled and had as their dinner guests members of a family who were not homeschoolers. The homeschooling family asked their guests if they did not home educate because they did not love their children. “That’s a total flip flop from being not clearly legal to being a little snobby about it,” Mr. Thornton says “— about being terribly snobby about it.”

Now books and materials are everywhere available. Curriculum needs are everywhere met. “The fellowship needs centering around organizations is gone. We don’t have support groups anymore. Basically we have co-ops and tutorials.” These forms are less homeschooling than “like small private schools,” Mr. Thornton says.

“As it becomes mainstream — as it should, as it is a successful way of people learning things — it can get diluted at the core and lose the distinctives of it, he said.