Seeking the Approval of Men 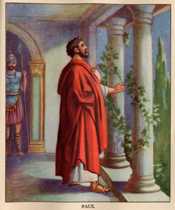 Venkatesh Gopalakrishnan is a church planting pastor in Bangalore, India with the Reformed Presbyterian Church.

“Do not wait for any man to approve your ministry!” thundered a young preacher from the pulpit of a church in Bangalore. He went on to declare, alluding to Galatians 1:10, “If you seek the approval of any man, you cannot please God!” The young preacher wanted his hearers to stop giving excuses and enter the ministries to which God was calling them. Sitting in the pew, I could not but help thinking that what I just heard was so contrary to what I had been taught. Concluding that the preacher’s view was rather idiosyncratic, I ignored the his advice and tried to meditate on the more edifying aspects of the sermon.

However, just a few days after this incident I heard another friend make a very similar remark, albeit in a slightly different context. This friend was arguing with me that a pastor ought not to receive salary from any church since this practice leads him to seek the approval of men. Once again, the principle was that in ministry, a pastor must preserve his independence at all costs lest he be led to seek the approval of men.

After these two experiences, I got reminded of another conversation that my wife had with another friend. Some time ago, my wife had elatedly posted on social media that I had received a license to preach from my presbytery. This other friend commented, with some deal of amazement, as to why I required such a license! Hasn’t Jesus called all of us to preach the gospel? Then why is there a need to seek a license for so obvious a task? Although that friend was sincere in asking these questions, his questions revealed to me that he had the same presuppositions as these two other friends: In ministry, we should not seek the approval of men.