Passion 2017: A Passion For Experience, A Disregard For the Word 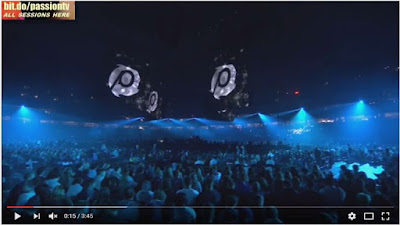 The Passion Conference just wrapped up its 20th anniversary with a massive crowd of millennials in the Georgia Dome in Atlanta. The event, running from January 2 –4, saw over 50,000 eighteen to twenty-five-year-olds * packing the venue in order to, according to the Passion 2017 website, “see a generation leverage their lives for what matters most.”

To accomplish this noble task, the event’s front man, Pastor Louis Giglio, gathered a wide array of notable “celebrity Christian” personalities to prance, dance, proclaim and croon across the platform. False teachers aside, the stellar celebrity Christian line-up must’ve been a deal even at the $209 at-the-door ticket price.

(* The conference website is explicit in discouraging those under 18 in attending and, other than what it calls “Door Holders,” discourages anyone over 25 -except leaders of groups of millennials – from attending. Children are not welcome.)