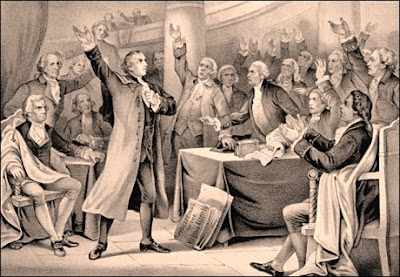 The lot is cast into the lap, but its every decision is from the LORD. -Proverbs 16:33


Many have commented how incredible it is that we have come to the point of having these two major presidential candidates before us as a nation. I have heard it expressed that it is like trying to choose whether you would prefer a boisterous, drunken uncle or a conniving, wicked stepmother. As people agonize over how to vote tomorrow, perhaps it is helpful to remember the verse above.

Much like we use dice or choose straws, lots were pebbles or sticks with markings representing different parties. They were cast and one chosen, most likely, by landing in a designated spot. This practice was common in biblical times. Aaron casts lots to see which goat would be the offering and the other the scapegoat on the Day of Atonement. Joshua cast lots to divide the land of Israel among the families of the tribes. In the days of David lots were cast to see which men would serve in the various priestly functions. So common was the practice that lots were cast to figure out that it was Jonah on the ship that had brought about the storm. Even the early church used lots before the giving of the Spirit, as leadership for a new apostle was chosen in Acts 1 by casting them.