A Spiritual Lesson from Wikileaks of Hillary Clinton’s Emails 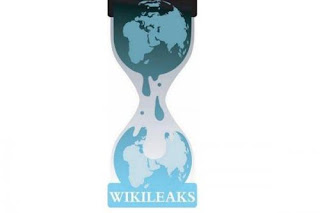 I don’t understand why the media has downplayed the wikileaks and the emails of Hillary Clinton. I’m not going to go over the media’s double standard with how they handle Hillary as opposed to Trump for this post but instead I want to focus on an important spiritual lesson that comes from Hillary’s emails being leaked.

One thing everyone can agree upon no matter where you land on the political spectrum is that we get to know more about Hillary from these wikileaks. And they aren’t pretty despite the sanitized image Hillary tries to present herself.


For instance we learn from journalists going over the emails at Wikileaks that Hillary Clinton Stole Furniture From Department of State, Too. She’s done it before when they left the Whitehouse. Apparently she’s a thief.

As late as February 2015 we find her husband Bill emailing that all the Foreign governments donors are “in.” That is, they are given. So much for Hillary ragging on others who have big donors. She’s a hypocrite.

Even the liberal Huffington Post reports “Hillary Clinton’s Appalling Enthusiasm for War” with one of her speech for the hearing of few people that talks about bombing Iran. When you think about her public record and her hostile words directed to Assad in Syria, Putin in Russia and Hillary being responsible for the “Pivot to Asia” or “Rebalance of the Pacific” foreign policy of Obama’s administration, its pretty darn frightening. She’s more neocon than neocon (and I don’t think neocon are true conservatives).

I could go on. But you get the point.