Wokeism: When the Cure is Worse Than the Disease 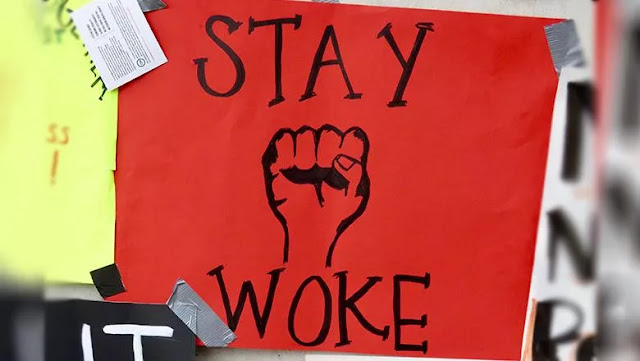 Posted at Churches Without Chests:

Africa receives some American errors that are quite beneficial. For example, before the NBA finals, the Super Bowl or the World Series, sports merchandisers produce memorabilia of both finalists winning, so as to be able to immediately sell when the final is over. Unfortunately, half of that merchandise represents an alternate universe: where the team that lost actually won. What happens to the champions-that-never-were T-shirts and caps? Much of it is donated to third-world countries, where needy folks wear shirts displaying an event that never happened. Hey, we’re not complaining. Another shirt on a poor man’s back is a good thing, even if it celebrates what never occurred. Error is sometimes beneficial.

Some imported errors are profoundly destructive, though. The worst of them are theological errors, for what touches Scripture touches ultimate realities. Two such errors that originated in America are particularly devastating for a country like mine: the Prosperity gospel and Woke theology. Both errors share the distinction of claiming to be a cure, but worsening the disease.

The Prosperity gospel claims to cure the pains of grinding poverty. According to this “gospel”, poverty is the prison operated by Satan who came to steal and destroy our birthrights; humans need only to actualise a reality of prosperity and health through the spoken word of faith, and God will be allowed to bring about blessings previously held back by our negative thought and speech. This slightly Christianised theology of 19th-century New Thought has taken Africa by storm. People suffering in dire poverty through a combination of misunderstanding the modern economy, a lack of marketable skills, laziness, governmental destruction of opportunity, or other providential circumstances are led to believe that poverty can cured by giving what little money they have to the slick preacher up-front. A ‘seed-offering’ will come back hundredfold. After all, look at the car that Apostle Shazam is driving: it’s working for him, right?
Read more...
Biblical Discernment Christianity False Gospel Marxism Worldview

By Dewey Roberts - Posted at Vanguard Presbytery : When I woke up on Saturday, October 23, 2021, there were two texts that had been sent to me earlier that morning. One was from a pastor in the PCA. The other was from a pastor in Vanguard. The sentiments were the same for both of them with respect to the most recent decision of the PCA’s Standing Judicial Commission. On October 21, 2021, the SJC denied all the complaints against the actions of Missouri Presbytery for protecting and exonerating TE Greg Johnson in his professed same-sex attraction. The vote was 16-7. That means the issue is dead. It is over. If there had been at least 1/3 of the SJC jurors to vote against the decision of the highest court, then it would have automatically triggered a floor vote by the next General Assembly on whether to accept the majority report or the minority report. No such vote will be forthcoming now. But wait… the SJC voted on these same complaints against Missouri Presbytery at their March 2021 m
Read more 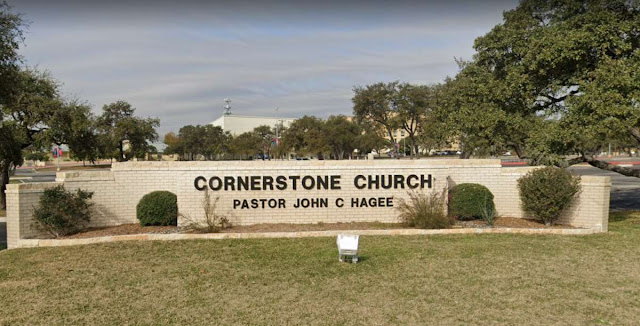 By Michael Foust - Posted at Christian Headlines: A chant of “Let’s Go Brandon” at a well-known Texas church over the weekend was met with a round of rebuke from multiple Christian leaders, who called the moment shameful and antithetical to Jesus’ teachings. The phrase – a substitute for “F--- Joe Biden” – was chanted Saturday at the Reawaken America Tour rally at San Antonio’s Cornerstone Church, where popular author John Hagee serves as pastor. A video of the chant went viral on social media, with another video showing the chant being led from the stage. The rally was organized by Clay Clark and featured dozens of speakers, including Mike Lindell, Michael Flynn and Greg Locke. The videos show attendees on their feet and clapping while chanting the phrase – similar to how fans at a sporting event would act. Read more... Editor's Note: Cornerstone Church has distanced themselves from this rally. Please read more here.  - AW See also: Pastor John Hagee (Christian Research Ins
Read more

The Published Writings of Aimee Byrd: A Summary Analysis 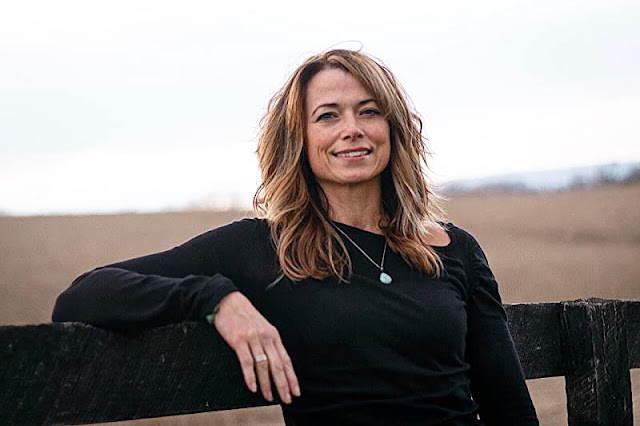 By Pastor Mike Myers - Posted at HeritageOPC.org: A final reflection on how a housewife theologian ended up recovering from biblical manhood and womanhood. From Housewife Theologian (HWT) in 2013 to Recovering from Biblical Manhood and Womanhood (Recovering) in 2020, the published work of Aimee Byrd spans nearly a decade. Throughout my reviews of her books, I have indicated marks of evident theological drift. Certainly every thinker, writer, pastor, and person for that matter, will change over the course of a decade. I certainly have. For the Christian, the key question is this: are the changes occurring in my life and thought more and more conformed to the image of the Lord Jesus Christ? We must always ask, “Am I finding my mind more and more transformed by its renewal, or conformed to this present world (Rom. 12:1-2)? My concern is that the writings of Mrs. Byrd have gradually drifted from helpful, orthodox, and godly, to harmful, heterodox, and worldly. Such a serious statement r
Read more