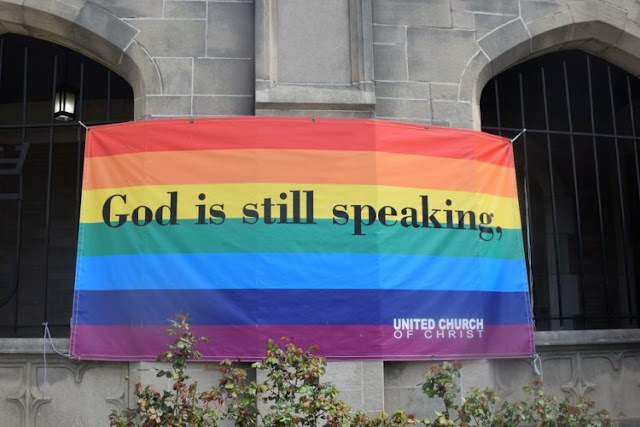 NATIONAL FILE — A man who removed and burned an LGBTQ Pride Banner flying from the Ames, Iowa United Church of Christ in June was sentenced Wednesday to 16 years in prison, 15 for a hate crime of arson and given a year for reckless use of explosives or fire and 30 days for harassment.

Adolfo Martinez admitted to burning the flag and told local news media that he had “no regrets” about the event.


The convicted arsonist said, “I burned down their pride, plain and simple. It was my honor to burn it and stand for the Lord.”

The Rev. Eileen Gebbie, the church’s senior minister, herself a homosexual, said, “The banner featured a rainbow flag with the message, “God is still speaking, it’s a message of inclusion.”