Is President Trump Being Played by Betsy DeVos and Jeb Bush?


By Erin Tuttle and Jane Robbins - Posted at Truth in American Education: 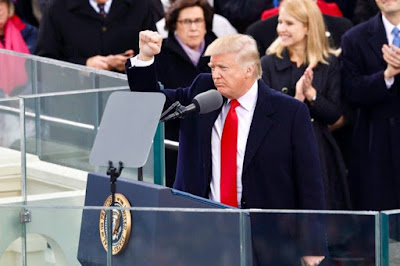 Conservatives have been gratified by some of President Trump’s Cabinet choices but alarmed by others. Observers who remember the first Reagan administration may find parallels between the two presidents’ situations – Cabinet picks who went on to undermine the president’s agenda. Are the very establishment Republicans whom Trump ran against trying to out-maneuver him?

The most obvious area of similarity is education. Candidate Reagan promised to eliminate the recently created U.S. Department of Education (USED), but as it turned out, his selection of Terrel Bell as secretary of education effectively nullified that commitment.

Bell had once testified in support of the bill to establish USED. But upon his nomination Bell reversed course and professed to agree with Reagan that USED should be abolished. His subsequent tenure at the department, though, reflected his underlying desire to prevent, as one of his colleagues put it, the “right-wing ideological nuts” from prevailing on education policy.

Despite Reagan’s objections, Bell used his authority as secretary to appoint a commission to assess the federal role in education. The commission’s report (A Nation at Risk) concluded that the public school system was broken, and without a larger federal role in education, it couldn’t be “fixed.” Bell then drove a national campaign to publicize the findings and build support for USED. By this clever maneuvering he was able to save the department – and undercut his boss’s avowed intention to diminish or eliminate federal involvement in education. In fact, as one commentator observed, Bell “left [USED] . . . healthier and more resistant to White House meddling than it had been when he signed on.”

Will history repeat in the Trump administration? During the campaign Trump repeatedly promised to end the Common Core national standards and restore local control over education. He took every opportunity to ridicule Jeb Bush’s opposition to both these goals. President Trump’s nominee for Secretary of Education, Betsy DeVos, currently claims to be “not a supporter” of Common Core – as Terrel Bell claimed to oppose USED. But, like Bell, DeVos has a history that belies her claim. According to Michigan education activists, she and her organizations there were influential in defeating attempts to free their state from the national standards.