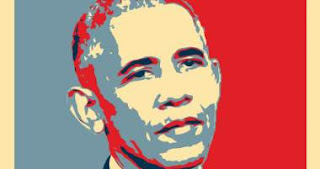 By Charles Scaliger - Posted at The New American:
With Obama promising Democrats that he is not leaving Washington, but will fight to retain his legislation and legacy, it pays to know what that consists of.

"Those who know Obama well know his sympathies. Former House Majority Leader Tom DeLay has characterized Obama’s voting record during his little-remarked stint as an Illinois state senator as “Marxist leftist” — a seemingly extreme choice of words, until Obama’s actions are taken into account. In 1997, for example, Obama voted against SB 230, a bill designed to stop the abominable practice of partial-birth abortions. Late in his career in the Illinois State Senate, Obama voted against the Born Alive Infant Protection Act, which would have extended life-supporting healthcare to children who survived the abortion procedure. Once Obama had left the Illinois Senate for bigger things, however, the bill was passed."

In late 1995, a little-known Chicago politician named Barack Obama, who was running for the Illinois State Senate, attended a private coffee social meet-and-greet at a townhouse in Chicago’s Kenwood neighborhood. In attendance was departing state Senator Alice Palmer, who had handpicked Obama to be her successor. No one at that gathering could have imagined that the dynamic young leftist politician on the make, Barack Obama, would one day become president. But without question, Obama was with company who recognized him as an ideological fellow-traveler. And none was more so than the owners of the townhouse itself, a couple of local university professors named Bill Ayers and Bernardine Dohrn.

Ayers and Dohrn, professors at the University of Illinois at Chicago and the Northwestern School of Law, were husband and wife, an academic power couple influential in left-wing political circles. But decades earlier, they had been something a lot less innocuous than coffee-klatch radicals. In the late 1960s and throughout the 1970s, Ayers and Dohrn had been leaders of the Weather Underground, a Marxist terrorist group responsible for multiple bombing attacks on corporate and U.S. government and military targets. The couple had spent years as fugitives before turning themselves in to the government in 1980. Ayers’ charges were dismissed on various technicalities, while Dohrn spent little more than a year in jail for her activities. And in the way that leftist celebrities tend to do, both of them landed on their feet with plush university jobs. Neither of them appears to have tempered their beliefs in the slightest, with Dohrn still proclaiming herself a radical in the 1990s and beyond.
Read more here.
Labels: Barack Obama