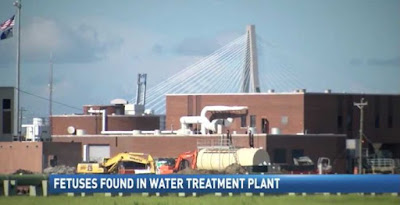 According to reports, workers at the Plum Island Wastewater Treatment Plant found the dead babies in the water on Aug. 8. as they were cleaning out the filter screens at the plant. They spotted a small hand, then the rest of the infant’s body—then another baby. Neither child was fully intact.

Police were called to the scene, and were taken to the pump station to be shown the preterm babies.
Read more...
Holocaust of the Preborn South Carolina