Dr. C. Everett Koop: To Spare a Mother’s Life is a Myth of Abortion 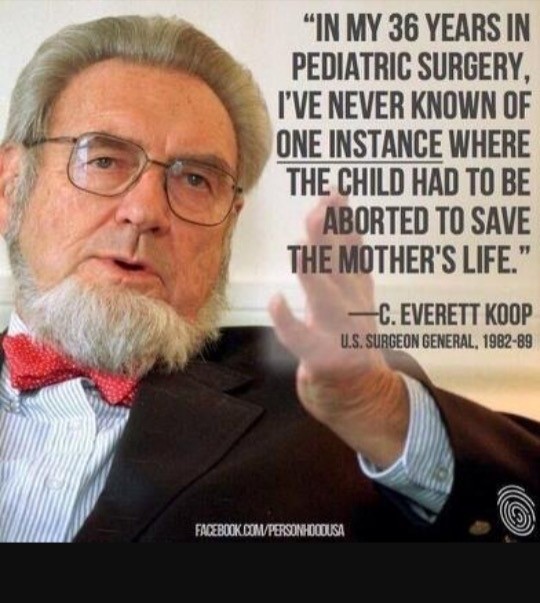 Posted at This Day in Presbyterian History:
Published October 2015 by davidtmyers 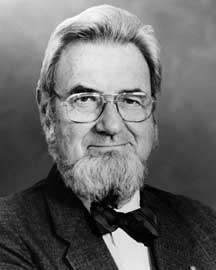 Who said this? None other than C. Everett Koop, who served for two terms under President Ronald Reagan as Surgeon General of the United States in the nineteen eighties (1982 – 1989). C. Everett Koop was pro-life in his views of life in the womb.
Born in Brooklyn, New York on October 14, 1916, “Chick” Koop, as he was known by his friends, certainly had the education to make him the top doctor in the country. Educated at Dartmouth College in his undergraduate years, he went on to receive degree after degree at the top medical hospitals in the country. In addition, he received forty-one honorary doctorates.

While in Philadelphia, Pennsylvania, he joined Tenth Presbyterian Church, serving as a ruling elder of that P.C.A. congregation. He cooperated with Francis Schaeffer in producing the “How Then Shall We Live” series, which informed American Christians of their duty to be salt and light in the midst of a corrupting and darksome culture.

As of this writing, he lives up in New Hampshire.

Words to live by: If you check on the world-wide web, you can find some other statements by Dr. Koop dealing with the issues which define our world, such as euthanasia, which he decries that medicine cannot be considered our healer and our killer at the same time. We can thank God that he was raised up for such a time and age as this, when sound biblical conclusions needed to be raised in a culture which devalues life.
Source: This Day in Presbyterian History · Search results for everett koop (pcahistory.org)
~~~~~~~~~~~~~~~~~~~~~~~~~~~~~~~~~~
From Wikipedia:
Charles Everett Koop (October 14, 1916 – February 25, 2013)[1][2] was an American pediatric surgeon and public health administrator. He was a vice admiral in the Public Health Service Commissioned Corps,[1] and served as the 13th Surgeon General of the United States under President Ronald Reagan from 1982 to 1989. According to the Associated Press, "Koop was the only surgeon general to become a household name," due to his frequent public presence around the HIV/AIDS crisis of the 1980s.[3]

Koop was known for his work on tobacco use, AIDS, and abortion, and for his support of the rights of children with disabilities.
Source: C. Everett Koop - Wikipedia
Updated 06.20.2022 - AW
C. Everett Koop Christian Ethics Pro-Life Ethics Pro-life Without Exception Value of Human Life