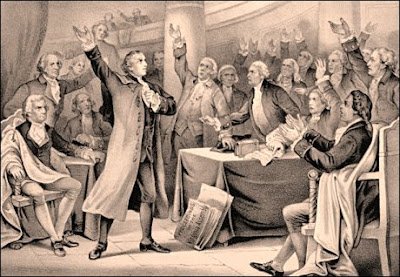 By Pastor Shawn Mathis - Posted at BarbWire : It was not the vaulted works of Sidney or Lock that the average early American followed. It was the Bible. The well-to-do and highly educated men, like Jefferson and Madison, read Lock and other writers but the typical American did not have access to these writers. Early Americans learned political freedom and self-rule because they learned their Catechism and Bible from…the churches . What made early America great? Was is our economic industry or political fortitude? Or were these the fruit of something greater? What can we do today to replicate that greatness? Let us look at our history. “Of all the dispositions and habits which lead to political prosperity, religion and morality are indispensable supports. In vain would that man claim the tribute of patriotism, who should labor to subvert these great pillars of human happiness, these firmest props of the duties of men and citizens.” [Washington, Farewell Address, 1796] We lo
Post a Comment
Read more

James Dobson Walks Back Assertion Trump Is Christian: ‘Do I Know That for Sure? No.’ 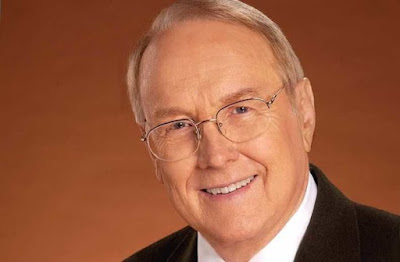 By Heather Clark - Posted at Christian News Network : Dr. James Dobson COLORADO SPRINGS, Co. — James Dobson, the founder of the renown Colorado-based organization Focus on the Family, is seemingly walking back comments he made last week asserting that Republican presidential candidate Donald Trump is a “baby Christian” who needs to be “cut some slack.” As previously reported , Dobson was interviewed last Tuesday by Michael Anthony of GodFactor.com, who was among the nearly 1,000 evangelicals who came to listen to Trump at the Marriott Marquis in Manhattan. During the brief talk, Dobson shared his belief that Trump is himself a Christian. “There are a lot of people ministering to him personally—a lot of ministers,” he stated in the recorded interview. “I mean, he did accept a relationship with Christ. I know the person who led him to Christ, and that’s fairly recent. I don’t know when it was, but it has not been long.” “I believe he really made a commitment, but he’s a baby Christ
Post a Comment
Read more

Christians becoming objectively more liberal, but not more likely to call themselves liberal 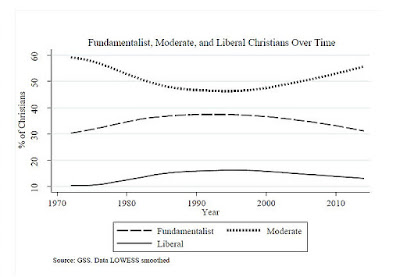 By George Hawley, Ph.D Part of the religious right's decline in the United States can be ascribed to increasing secularism, but it may also be due to changing views among Christians on policy issues long associated with the religious right. One way to consider this possibility is to see whether Christians are any more or less likely to likely to consider themselves "liberal" Christians. Fortunately, we can use the GSS to consider this question, as for decades it has asked religious respondents whether they consider themselves liberals, moderates, or fundamentalists. The above figure shows these trends for since the 1970s. What we see is that there has actually been fairly little change. The fundamentalists were growing during the 1970s and 1980s, but that reversed in the subsequent decades, and now we are just about where we started. If we look at specific issues, however, we see a very different picture. On some questions, it appears that Christians have become eve
Post a Comment
Read more

Christian Education Curriculum Alert: "Omnibus: 'Pretend you are a slave' part I" 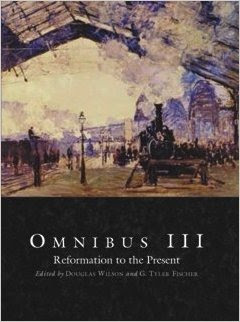 Posted at  The Truth About Moscow : Literacy “For a slave to have as much as a written piece of paper (other than a legitimate pass from his master) in his possession was enough to warrant punishment. . . . Slave parents were anxious for their children to learn how to read and write even though such erudition could result in their being sold or put to death.” - ERVIN L. JORDAN Following up Friday’s post regarding Douglas Wilson’s general incompetence as a historian , as well as the recent entry about the CREC’s false flag , please consider the following homework assignment taken from Omnibus volume III: Session VIII:   Writing    A Slave Letter    Pretend you are a slave who lives far away from your family. Write a letter to your wife/husband/ children. Tell them how you are, how you are doing, what your plans are, etc. Or for variation, pretend that you live in the South. You are a faithful Christian and your family has a couple of servants that help with work aroun
1 comment
Read more

The rotten fruit of the NAR 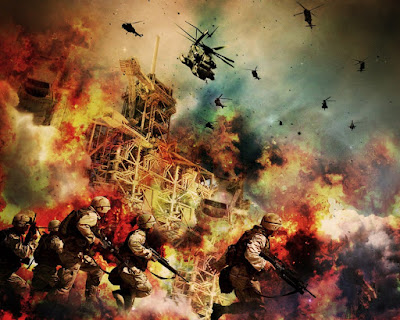 By Marsha West - Posted at Berean Research: To fully grasp all the reasons the New Apostolic Reformation is such a dangerous movement and why discernment bloggers incessantly warn about this cult I’m going to take an excerpt from a piece I wrote a few years ago entitled “ Dominionists are on the move…and they mean business .” I began with a quote from NAR’s Grand Poohbah, C. Peter Wagner: Once we have the apostles in place, we will then bring the intercessors and the prophets into the inner circle, and we will end up with the spiritual core we need to move ahead for retaking the dominion that is rightfully ours. Wagner was speaking of modern-day apostles and prophets. What did he mean by taking dominion that is rightly ours? I’ll reveal his plans in a moment. But first, I must urge readers to take Wagner and other NAR/word-faith wolves seriously. Moreover, it is imperative that Bible believers fully understand the inner workings of the NAR in order to, “recognize them by the
Post a Comment
Read more
More posts