Shemitah is over – But nothing happened 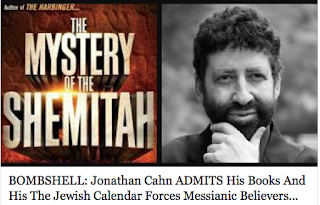 By Amy Spreeman - Posted at Berean Research : Well, almost nothing. We had a whole bunch of Hebrew Roots Americans jumping on to the fear-wagon promoted in the Mystery of the Shemitah book which claimed that we’re all doomed if we don’t keep the seven-year observation from the Old Testament. I’ve been warning Christians to not be fooled by the “Shemitah” ever since Messianic Rabbi and book author Jonathan Cahn began pointing Christians to laws meant for the children of Israel. (See: Will Christians be snookered by Shemitah? ) Cahn claims that “the Mystery of the Shemitah and it’s so big that it affects everything we as a people are personally doing and will affect the rise and fall of the United States of America …” Because the end of Shamitah was September 13, many self-proclaimed “prophets” have predicted the end of America. But here’s the thing: NOTHING HAPPENED. Here’s a true or false dilemma: Remember, if a “prophet” predicts something will happen on a certain date and it
Post a Comment
Read more

The Making of "Bible Bill" Aberhart 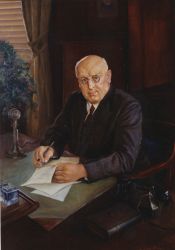 Posted at Leben : Official Portrait of the Honourable William Aberhart by Nicholas de Grandmaison, 1943. Used by permission of the Speaker of the Legislative Assembly of Alberta. Perhaps, no single figure better personifies the prophet-politician than William Aberhart, who ruled the Province of Alberta with an idiosyncratic mix of premillenial prophecy, bizarre economic theories and an authoritarian fist. Born on December 30, 1878, to a German immigrant in what is today East Huron, Ontario, William Aberhart was a middling and unexceptional student who busied himself learning to play various instruments. His father died in 1910 when, reaching under the counter of a pharmacy owned by William's brother Charles, the senior Aberhart mistakenly took a long pull from a bottle that turned out to be carbolic acid, not the whiskey his son usually put there for him. William, now living in Calgary, did not make the trip home for the funeral. He dabbled at several professions befor
Post a Comment
Read more 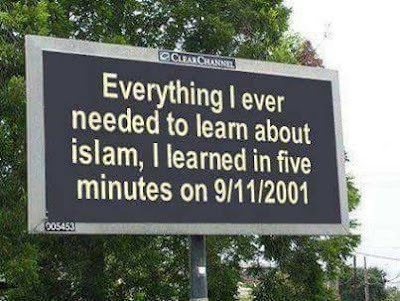 By James Atticus Bowden - Posted at Deo Vindice : How surprising for the suddenly informed and how unfortunate for those who insist on not learning about Islam. The Muslim attacks on 9-11-01 weren’t a surprise to me. The attack by Muslims and the means – hijacked commercial airliners – were predicted in the Army After Next Wargames in the 90s. The date was the only new news. The commentary in the Wargames was that such attacks were likely from 2005 on. They attacked earlier than expected. The huge, gigantic surprise for me was the appalling ignorance of most Americans about Islam – and the mental and moral acrobatics of the US Government – from the President down – and Establishment to not name Islam as the reason. Ignorance is no excuse for adults. As a child in the 1950s, I knew when I watched Robin Hood that the good king, Richard the Lion-Hearted, was away fighting the Muslims in the Crusades. I knew the good guys and bad guys as a child. It takes a willful, purpos
Post a Comment
Read more 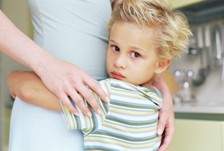 By Mike Sloan and Beth Hart - Posted at Vintage73.com: [Authors’ Note: Even before we wrote this article, ink has been spilled over the language “sexual stimulation” with regard to Sitler’s interaction with his baby. These words could be taken to imply molestation or rape, but not necessarily, and not in our opinion given the current evidence. It seems what was intended is that Sitler was himself sexually stimulated by thinking about his baby. And yet we stand by our labeling this “alleged sexual abuse”. It stands to reason that this was more than simply a fleeting temptation given the state’s response. It seems most likely they were an intentional indulgence by Sitler. So while this is not a criminal act in the state of Idaho, by a Christian moral standard this is horrific child sexual abuse, as Sitler was allegedly using thoughts of his own baby to gratify himself sexually. Using a baby as an object in this way is a disturbing act of abuse. Whatever the case this has no bearing o
2 comments
Read more

By Jason Reynolds - Posted at Tennessee Christian News : If enacted, the deceptively titled Equality Act would punish dissenters who disagree with same-sex marriage by using the enforcement tools of the amended Civil Rights Act of 1964, but with even greater force and scope, according to Public Discourse . The Equality Act seeks to weaponize Obergefell, moving with lightning speed from a contentious five-to-four victory on same-sex marriage to a nationwide rule that “sexual orientation” and “gender identity” are privileged classes that give no quarter to Americans who continue to believe and seek to exercise their millennia-old religious belief that marriage and sexual relations are reserved to the union of one man and one woman. Read more here...
Post a Comment
Read more
More posts