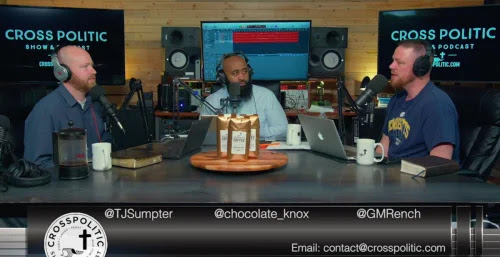 By Slimjim - Posted at The Domain for Truth:

Crosspolitic, a Christian political talk show recently has someone on their show name Jason Farley who made the claim that it’s the American Baptist culture that has caused the Transgender movement.

My response to Crosspolitic isn’t meant to be an attack on Presbyterians nor Paedobaptists (those who baptize infants of Christian family) and in a sense it isn’t even about transgenderism or the trans-community per se. While I am a Credobaptist, conservative Presbyterians have shaped so much of my theology, apologetics and philosophy . But I do want to respond to Crosspolitic video below where Jason Farley claims it’s the American Baptist culture that has caused the Transgender movement. Discussion on transgenderism itself can go so many places and here I want to focus very narrowly and only on the claim that Baptist theology is the cause of transgenderism. I have posted this because several individuals have talked to me about this in private. My take on Cross Politic is that the video was juvenile (how is this something to giggle about) and ignorant of the history of transgenderism and church history.