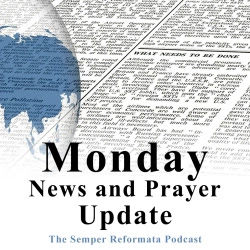 By Bob McEvoy- Posted at The Salty Scrivener:

It’s 8am on Monday morning the 18th July 2022 and this the weekly look at what’s happening, and a little bit of ethical commentary from a Christian standpoint.

Listen to the PODCAST HERE

And first some good news. The ‘Online Safety Bill’ has been dropped from the House of Commons agenda. Apparently it was because the Labour Party had demanded a vote of no confidence in the government, which denied the bill the time for its first reading. Perhaps so. There was a lot of opposition to the bill, both inside and outside the house, with several MPs and non-governmental organisations flagging up the bill’s restrictions on free speech. Christians especially would have been targeted under the bill, (for example, even the public preaching of Romans chapter one or 1st Corinthians 6 could have been considered ‘harmful’ under the terms of the bill). It is quite possible that the withdrawal of the Online Safety Bill was a response to widespread opposition, and the Labour motion was a convenient excuse for its demise, with the additional benefit of shifting the blame across the chamber. Anyway, it’s gone – for now at least. And we mustn’t rest. This or similar legislation may be resurrected by a future administration.

Let’s go to New Zealand where the socialists, (or perhaps they are communists?) in government, serving under the Tony Blair mentored premier, Jacinta Ardern, are doing everything they can to force people to eat bugs and vegetables so they can ‘save the planet.’ That seems to include taxing farmers for when their cows burp! The website NPR reports, “New Zealand has announced a plan to tax livestock burps in an effort to curb the country’s gas emissions. Methane emissions from animals is a well-known issue. Cows alone are responsible for about 40% of those planet-warming gases globally — mainly through their burps.”
Read more...
Biblical Viewpoint News Briefs Worldview