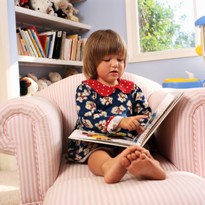 By John Horvat - Posted at The Imaginative Conservative:

The innocent child instinctively and implicitly knows what is good or bad, beautiful or ugly. Like the innocent child denouncing the emperor’s “new clothes,” he recognizes the drag queen as ugly and sinister as a wicked witch in a fairy tale. The child does not bend to the politically- correct opinions and says what he thinks.

Suddenly, a new figure has appeared on the scene, invading public places, libraries and schools. His appearance is shocking and lewd. He is the drag queen who demands the right to read stories and have access to toddlers and children.

There is no explanation why he must read his stories about sexual fluidity to little children. Nothing like this has ever been done. He does it because he can do it—a decadent society lets him do it. The media actively promotes these indoctrination sessions as manifestations of “tolerance” and diversity.
Read more...
HT:The Aquila Report
Child Abuse Human Depravity LGBTQ Sexual Sin