Bruce Jenner, Transvestism, and Republicans: There is Nothing to Party About! 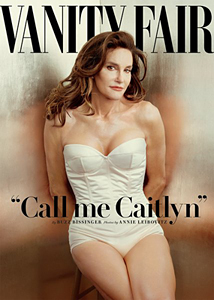 By Grant Van Leuven - Posted at Place for Truth:

According to John Gill, ancient heathen soldiers who deserted their armies were forced to walk around in the marketplace dressed like women to be a humiliating punishment.[1] Nowadays, every June, men proudly prance down their American Main Street catwalks flouncing female garb.

A year ago this month, tolerated among a California Republican Party gathering was gubernatorial candidate Mr. Bruce Jenner masquerading as a woman in name and clothing only. A conservative talk show radio host featured a website selfie posing with him to represent the station’s podcast event coverage (thankfully, later replaced upon request). More recently, Jenner was hired as a contributing analyst across all platforms for the supposed conservative voice, Fox News Media,[2] debuting with the popular self-avowed Christian host Sean Hannity.

Yet God forbids transvestism as a horrid evil against Him to be shamefully shunned.[3] Deuteronomy 22:5 reads, The woman shall not wear that which pertaineth unto a man, neither shall a man put on a woman’s garment: for all that do so are abomination unto the LORD thy God.
Read more....
See also:
Biblical Viewpoint Christian Citizenship Christian Ethics Gender Confusion GOP Transgender