Why We Rejoice Over the Supreme Court’s Dobbs Decision 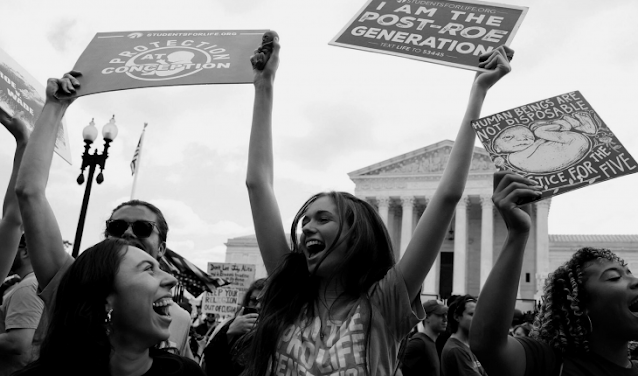 In the providence of God, the Supreme Court’s decision on Dobbs v. Jackson Women’s Health Organization was handed down five days after I began an exposition of Romans 13:1-7. My first sermon on that passage (which came during an ongoing study of the whole letter) involved an overview of it, outlining the argument that Paul makes and the way that he makes it. I also explained the nature of authority and the jurisdictional realms in which God has delegated His authority in His world, namely the home, the church, and the state.

My sermon after that decision focused on verse 1, which states the thesis for the whole paragraph: “Let every person be subject to the governing authorities. For there is no authority except from God, and those that exist have been instituted by God.” Because God has instituted civil governments, everyone is obligated to be submissive to them. The idea of government and governmental authorities comes from God. This is a fundamental truth that all Christians must remember as we work out our public, and especially our political, theology. We are submissive to governmental authorities because we are subject to Jesus Christ, who possesses “all authority” (Matthew 28:18).

We must remember this as we think about the Supreme Court’s recent decision (in Dobbs) to overturn the 1973 decision in Roe v. Wade, which legalized abortion in the United States. Because God has even the heart of kings in His hands (Proverbs 21:1) we know that, ultimately, that decision is His work. Since it is a work that offers some legal protection to unborn children, everyone who loves mercy and justice should unashamedly rejoice. By its ruling the current justices determined that Roe v. Wade was an unjust decision—a mistake made by an earlier iteration of the court.
Read more...
Labels: Biblical Viewpoint Christian Citizenship Roe v. Wade Sovereignty of the Lord US Supreme Court