Christ is King Over the Nations 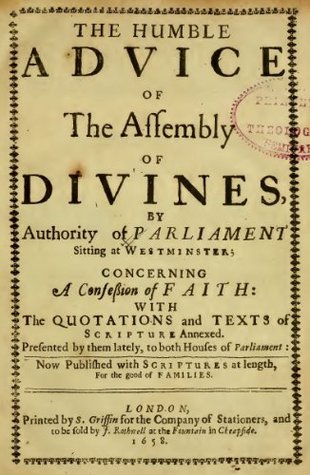 By Pastor Benjamin Glaser - Posted at Thoughts From Parson Farms:

As we continue along in our look at the Westminster Confession of Faith we come to the chapter 23, "Of the Civil Magistrate".

Now "magistrate" is a word we don't use much anymore, but every now and then you will run into a "magistrates court" or something like that. It is simply a term which means the people in charge of the political government (Clover, York County, South Carolina, the United States) over against the Church courts (Session, Presbytery, Synod). In the Associate Reformed Presbyterian Church we have a different Chapter 23 from all of our other Reformed brothers and sisters, like the PCA, OPC, RPCNA, etc... In our Chapter 23 we require our civil authorities to promote the Christian Religion. Now, that may seem strange at first, and I will admit that it can be hard to imagine someone like Joe Biden or Kamala Harris doing such things, but when we confess something we are saying that this is the way it ought to be, and if the President or Governor is not following that then we as the Church are called to prophetically warn and witness against their failure to keep what responsibilities they have before Christ as King over both the kingdom of power (the civil state) and the kingdom of grace (the church). This is part of the call as well of Paul in 1 Timothy 2, that we pray for the existing Magistrates, and if they are not doing what the Lord has commanded, then it is lawful for us to ask God to remove them from office and put in someone who will obey Him.
Read more here.
ARP Biblical Viewpoint Sovereignty of the Lord Westminster Standards