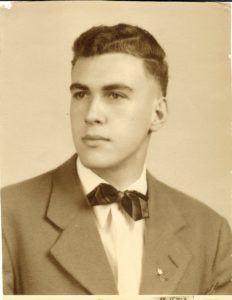 By Donn R. Arms - Posted at the Mid-America Institute for Nouthetic Studies:

Adams was best known as the founder of the modern Biblical counseling movement, launched with the publication of his groundbreaking book Competent to Counsel in 1970. He was a champion for the cause of biblical sufficiency and against the encroachment of secular psychology into the counseling rooms of pastors and Christian laypersons.

Jay Edward Adams was born on January 30, 1929, in Baltimore, Maryland. His father was a beat cop and his mother a secretary. Neither of his parents attended church, and he received no instruction in spiritual matters as a child.

Adams was a precociously bright youngster and skipped a year of high school to graduate when he was just 15 years old. His first consideration of any spiritual matter occurred when a neighborhood friend complained to him about a book he had been reading by a man who denied the Scriptures. Adams wondered why his friend, a believer, was so exercised about the Bible and decided to investigate. He found the Gideon New Testament his father had been given as a soldier in the Great War and began to read. By the time he finished reading the Gospel of John, God opened his heart and he came to believe what he was reading was true.

His friend invited him to his church where he heard the Scriptures preached by a pastor who was a skilled expositor, and he began to grow. Following graduating from high school, he asked his pastor where he could go to learn the Bible better. His pastor pointed him to the Reformed Episcopal Seminary in Philadelphia, where an exception had to be made so Adams could enroll as a 15-year-old student with no undergraduate degree.

The next three years were rigorous for Adams, who had no previous familiarity with the Scriptures. He learned quickly and soon developed a love for the study of the Scriptures in the original languages. Upon completion of his graduate coursework, he enrolled at Johns Hopkins University and majored in classic languages. Upon graduation in 1952, he was awarded both his undergraduate and graduate degrees on the same day.

During his Seminary and College days, Adams did street preaching and preached at country churches and rescue missions. He served as director of the local Youth for Christ chapter and sang in a men’s quartet. But most importantly, he met and eventually married Betty Jane Whitlock on June 23, 1951.
Read more here...
HT: Sermon Audio
See also: