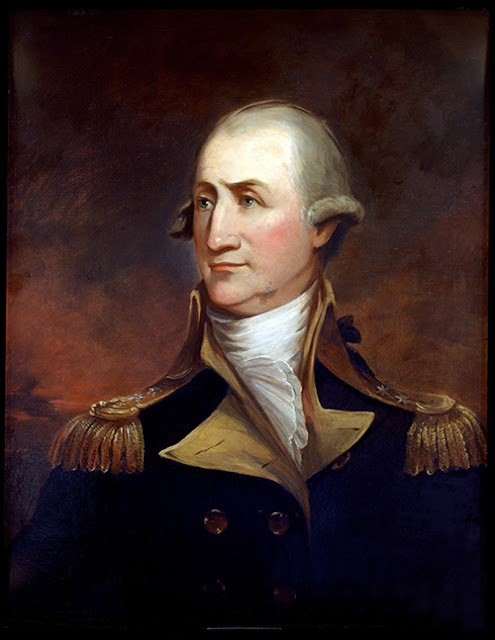 By Joshua Horn - Posted at  Journal of the American Revolution:

America has many heroes from its War for Independence, but one who is rarely remembered is Virginia’s Maj. Gen. John Peter Gabriel Muhlenberg. If he is ever mentioned, it is usually as part of a legend in which he removed his robes after preaching a sermon to reveal a Continental uniform underneath, then proceeded to raise an entire regiment from his congregation.[1] Muhlenberg’s career went far beyond this. He served in the military throughout the war, participating in many of the most important battles, from Charleston in 1776 to Yorktown in 1781, and rose to the rank of major-general.

Muhlenberg got his first taste of military life as a young man in the British 60th Regiment of Foot, in which he served a short time after running away from the school in Germany to which his father had sent him.[2] He soon returned home to America and followed his father into the ministry. When Virginia raised its troops in 1775, he was appointed colonel of the 8th Virginia Regiment, very likely due to his influence in the German-American community. Of the eight colonels in the Virginia militia, Muhlenberg was the youngest at 29 and only Patrick Henry had less military experience.[3]

Muhlenberg first saw combat on June 28, 1776 during the British attack on Sullivan’s Island off Charleston, South Carolina. His regiment’s exact role in the fighting is unclear. He was with the troops of Col. William Thompson, who defended the northern part of the island from the British infantry.[4] Muhlenberg took no part in the battle until 5 p.m., when his troops reinforced Thompson, who was holding off British infantry attempting to land on the island.[5] The fighting on that portion of the field may have already been over, but the entire battle was not finished until 9 p. m. Muhlenberg’s men must have seen some action, as Charles Lee, the American commander, mentioned in his report that the Virginia troops were “brave to the last degree,” and in another report said, “I know not which corps I have the greatest reason to be pleased with Muhlenberg’s Virginians, or the North Carolina troops—they are both equally alert, zealous, and spirited.”[6] Although this praise was given specifically to the soldiers, some credit is certainly due to their commander for their good conduct. Whatever part Muhlenberg played, it was enough to impress his commander.