A MinistryWatch Analysis: What Happened At Willow Creek? 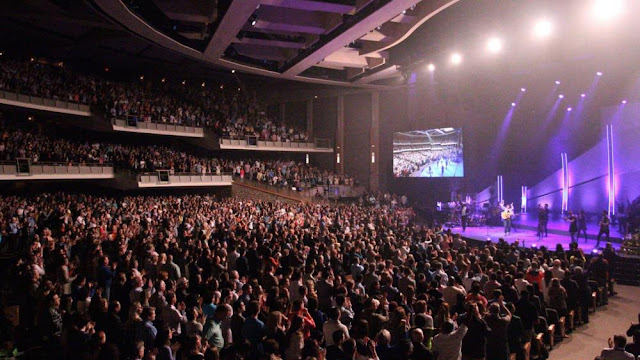 In the 1970s and 80s, radio personality Casey Kasem would often punctuate his “American Top 40” program with the phrase: “And the hits just keep on coming.” The expression became a catchphrase of the era.

It was the same era in which Chicago-area’s Willow Creek Community Church rose to national prominence. But Casey Kasem’s famous phrase could also describe the church’s decline: “The hits just keep on coming.”

The first hit came in 2018, when whistleblowers accused longtime pastor Bill Hybels of sexual misconduct. The church’s leadership initially rallied around the pastor, who denied the accusations. And that may have been the church’s second mistake: to uncritically accept Hybels’ word against credible accusations, rather than investigate them.

The early whistleblowers gave others courage, and the church’s denials made them defiant. Soon, the allegations we so numerous – and so credible – that Hybels was forced to resign. So did others in Willow Creek senior leadership who had backed Hybels uncritically.

As the church was recovering from these hits to its credibility, more troubles followed. In January of this year, a longtime church member shared in a public Facebook post Saturday (Jan. 25) that Gilbert Bilezikian — known widely as “Dr. B.” — kissed, fondled and pressured her to have sex with him between 1984 and 1988. Bilezikian, a retired college professor who was for decades a mentor to Hybels, is considered one of the “founding fathers” of Willow Creek Church. Hybels himself once said, “There would be no Willow Creek without Gilbert Bilezikian.”

It appeared at first that Willow Creek leadership had learned its lesson. Acting lead pastor Steve Gillen acknowledged the accusations against Dr. B immediately. “We believe that Dr. B engaged in inappropriate behavior, and the harm he caused was inexcusable,” Gillen wrote in an email. Or so it seemed. It turns out the acknowledgement came a decade too late. Soon, it came to light that credible accusations against Bilezikian had been made a decade earlier, and the church’s elders had quietly restricted him from serving, but failed to inform the membership of Bilezikian’s problems. In fact, about that time, Willow Creek gave Bilezikian an award for his role in the development of the church.

These cover-ups were so pervasive, that now Gillen himself has resigned as the acting lead pastor. Further, the search for a new lead pastor – a role for which Gillen was also a leading candidate – came to a halt.

With all these problems, problems that have involved large numbers of senior leaders over decades, it is worth asking the question: What happened at Willow Creek? Are these problems anomalies, are they “baked in” to the kind of independent megachurch that Willow Creek became – and modeled for so many others?

To answer these questions, it is helpful to step back a few decades to look at the founding of what has become one of the most imitated churches in America.