The Apostle Paul Apologises For Insensitive Remarks On Sexuality 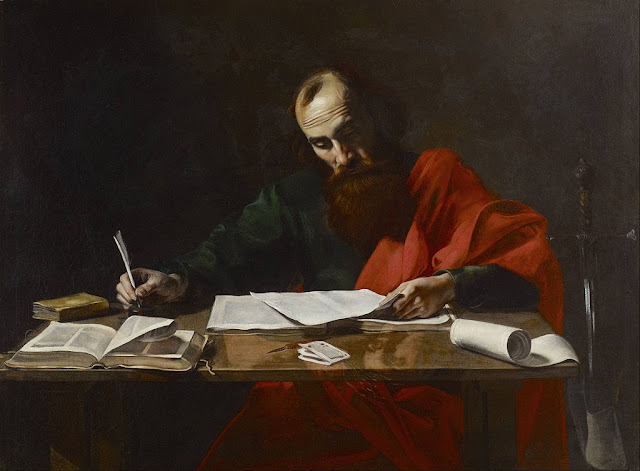 
Press Release, Rome, 30 January 62 AD, from the Apostle Paul and his colleagues

We as the disciples of Christ, alongside the apostles in Jerusalem, apologise and take responsibility for releasing statements recently which we acknowledge have jeopardised trust. We are very sorry and recognise the division and hurt this has caused.

Specifically, we apologise for all the damage that was caused when we said things such as: the sexually immoral, adulterers, and homosexuals will not enter the kingdom of heaven (1 Corinthians 6:9-11); sexual immorality, impurity, and sensuality are works of the flesh (Galatians 5:19); and, abstaining from sexual immorality is the will of God (1 Thessalonians 4:3).

With hindsight we now see that we were being intolerant and judgmental in those and similar remarks, and we apologise for them. We were wrong to make such hurtful remarks about human sexuality. We have caused so much pain to so many by being so wedded to words that we now understand are simply human in origin, and not divine.

And we now realise (thanks to all your feedback), that we were quite wrong to take literally the words of Jesus as well when he spoke of human sexuality in the context of one man and one woman marriage (Matthew 19:3-6). We know now that he was quite mistaken in his views, and we are certain that he too would recant from such fundamentalist and archaic views if he were now here with us.

We will be taking back all those harsh and unloving statements, and we will strive from now on to show real acceptance, inclusion and diversity. To any adulterers, fornicators, homosexuals, polygamists and anyone else who may have been offended, we offer our sincerest apologies, and promise to never do it again. Our aim from this day forward will be to only build bridges, and not to be narrow-minded bigots and Bible-bashers.


Um, as far as I can tell, Paul never said any of that. But sadly, some contemporary Christian leaders have said exactly those things – or very close to it. Let me explain. Just recently a rather surprising statement on biblical sexual morality was released in the UK.