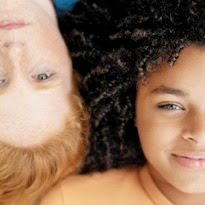 By Jeff Johnston - Posted at The Daily Citizen:

House Bill 1057 (HB 1057) prohibits medical professionals from prescribing puberty blockers or opposite sex hormones to minors whose self-perception is inconsistent with biological reality. The bill also forbids doctors from performing surgeries – including castration, mastectomies and hysterectomies – on minors who think they are the opposite sex.

“The Vulnerable Child Protection Act” makes it a Class 4 felony for medical professionals who violate the act, with penalties of up to 10 years imprisonment and fines up to $30,000.

The bill currently has 46 co-sponsors – 34 representatives and 12 senators. HB 1057 does not apply to children “born with a medically-verifiable genetic disorder of sex development,” commonly called “intersex” conditions.

In a press release, Deutsch said, “Every child in South Dakota should be protected from dangerous drugs and treatments.” He contends that children struggling with sexual identity confusion need encouragement and direction, not experimental medical procedures.