What Jerusalem Can Do That D.C., Manhattan, And Sacramento Cannot 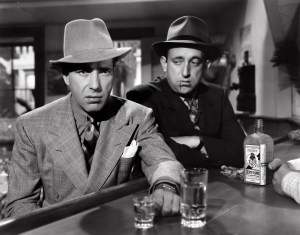 David Brooks published an opinion piece in the New York Times on 5 September (2019), in the voice of one of the apparently many angry, bitter, lonely folks who view the world principally through their screen of their phone or computer. He captures the thinking of a sizable lot of people and especially those who are so alienated that they feel the need to hurt as many others as possible to get attention. That cry for attention comes at a very high cost indeed. Yet, rather than dealing with the real issue people focus on guns. Such alienation and violence is not new. In the 1937 William Wyler film, Dead End, Humphrey Bogart rather brilliantly portrayed just such a figure, Baby Face Martin. It is fascinating to watch the other characters around him attempt to connect, to buffer the anger, to mediate, and all to no effect. Martin is a murderer on the run, who returns to the slum where he grew up to find his old girlfriend and to get out of town once for all. Of course, he cannot escape his past or justice but it is striking that film (and before that, a play) assumes the existence of human mediation and even of redemption.

The Failure Of The Experts

Fast-forward to 2019. Eighty-two years later the mediating institutions that might have intervened and even tried to intervene in Baby Face Martin’s life have declined or no longer exist. It is interesting that Marty, as his heartbroken mother and his old girlfriend (now a prostitute) both call him, is portrayed as the product of a broken home. Dad is not in the picture, as they say. Baby Face Martin fits the profile of the modern mass shooter:

First, the vast majority of mass shooters in our study experienced early childhood trauma and exposure to violence at a young age. The nature of their exposure included parental suicide, physical or sexual abuse, neglect, domestic violence, and/or severe bullying. The trauma was often a precursor to mental health concerns, including depression, anxiety, thought disorders or suicidality.


In Dead End the players and the viewers know that the problem is not poverty—Joel McCrea portrays a character (Dave Connell) who grew up in the same neighborhood as Martin. Connell did not become a criminal. He became an architect but is reduced to odd painting jobs during the Great Depression. His poor childhood did not automatically make him a murderer. In 2019, however, we seem to have become convinced that the problem is not inside us but outside of us. Where the Great Society planners were sure sixty years ago that if only we could win the “War on Poverty,” we could more or less eradicate crime. During and just after one of the greatest economic booms in American history, however, violent crime spiked.

In Dead End, the reluctant hero disarms the bad guy and uses the bad guy’s guy to stop him. Today, however, the cultural elites in D. C., Manhattan, and Sacramento are convicted that the gun, not Martin’s soul, is the problem. Our elites do not really believe in the soul much any more. They believe in techniques and especially in law. The problem is that we have more laws today than we have ever had and the human soul is in no better condition than it was when we had fewer laws.