Was Jesus a person of color? An immigrant? A Palestinian? 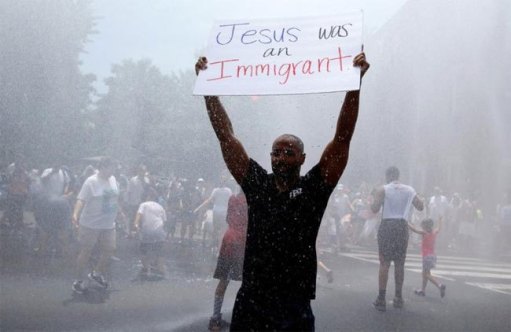 Recently I’ve watched three claims about Jesus worm their way into popular discourse: That Jesus was A). a person of color, B). an immigrant, and C). Palestinian.

Obviously, the increase in these claims coincides with their perceived political value. Last Christmas, Rep. Ocasio-Cortez made these points as an appeal for Christians to advocate for different immigration policies. Just yesterday, the Washington Post ran a (particularly strange) column appealing to evangelicals to stop supporting President Trump—something about his connection to the youth group purity movement of the 1990’s (!)—but it closed with the author reminding Christians that Jesus was a “person of color” and “[an] immigrant.”

As ironic as these statements are coming from people arguing for expanded legalized abortion, they are not confined there. I’ve seen pastors, authors, and church leaders repeat those three claims in contexts where politics don’t seem to be the goal. I fear that we are almost at a tipping point where those claims have been repeated so often that they are beginning to be assumed as true.

But these claims are problematic because they represent a subtle attempt to redefine Jesus away from his own Jewish identity.

Let’s tackle them one at a time.