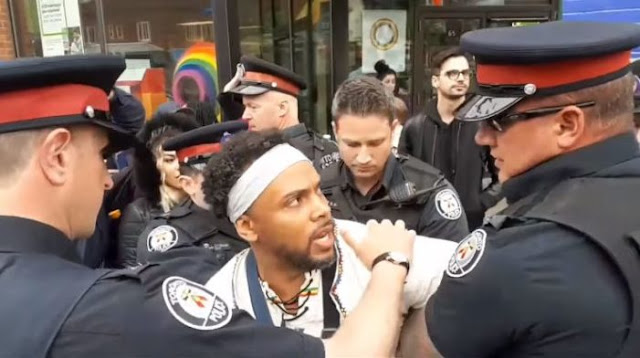 TORONTO — A Canadian preacher was arrested on Tuesday and charged with disturbing the peace as he was met with opposition while sharing the gospel in a section of Toronto known as “the Gay Village.”

David Lynn of Christ’s Forgiveness Ministries had been on a preaching tour throughout Toronto, and says that he was not specifically targeting homosexuals when he began preaching at Church and Wellesley.

In video posted to social media, Lynn can be heard explaining that all men have sinned, whether heterosexual or homosexual, as all have violated the laws of God.

“Jesus died for the sinner. Did you know that every person is a sinner?” he preached into a microphone. “Every heterosexual has sinned. Every homosexual has sinned. And sin is when we violate the laws of God and we go contrary to the things of faith.”