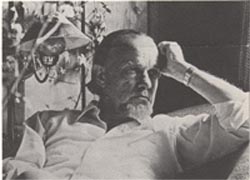 By Wayne Sparkman - Posted at This Day in Presbyterian History:

A Tale of An Unusual Providence

It was on this date, May 15th, in 1984 that Dr. Francis A. Schaeffer died. We have previously written of his death, and separately have posted a letter he wrote to Dr. Robert Rayburn during the time when both men were battling cancer.

About ten or twelve years ago, as I was leaving the PCA Historical Center for the day, a seminary student [Dawson Bean, to be exact, now laboring as a chaplain in Texas] ran to catch up with me and asked if I had any samples of Dr. Schaeffer’s handwriting in the Archives. I indicated that we did, but inquired further. Often when people ask a question, that question doesn’t really get at what they’re actually after. As he began to explain further, the story became more interesting.