It Was Not So From The Beginning: What Nature And Grace Teach Us About SSA 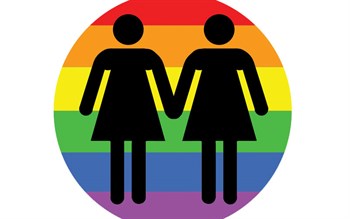 It is being argued in some evangelical quarters that same-sex attraction (SSA) or homosexual attraction is “natural” and that it SSA (sexual desire for someone of the same sex) is not per sesinful. One writer who defends this view quotes John Cheever who wrote that every attractive man was like a loaded pistol. He writes, “I think that will help me next time I see a beautiful man and find myself wanting to be united to him. I am, at one level, just responding to beauty as I am created to respond to it. There is little I can do to avoid this natural response. We are all wired to appreciate beauty. That’s just how we work.” This writer seeks to address this problem from the assumption that same-sex sexual behavior is sinful but SSA is not. As another writer puts it, SSA is a form of temptation but temptation is not sin. I respond by conceding that temptation is not sin. Our sinless Lord was “tempted in every way as we are, yet without sin” (Heb 4:15). What is in question, however, is whether SSA is temptation or whether it is in fact sin.

First, we should not accept the premise that SSA is natural. What does natural mean? If by it we mean, “part of the creational fabric” or “reflective of the divine order in creation,” then certainly SSA is not natural. Advocates of the view that SSA is temptation and not sin agree that the creational pattern was heterosexual. God created humanity in two sexes, male and female (Gen 1:27). Our Lord himself confirmed this understanding of the creational pattern. When the Pharisees approached our Lord to try to trap him in a question regarding divorce and re-marriage, Jesus responded by measuring the temporary Mosaic laws against the permanent moral and natural law:

Have you not read that he who created them from the beginning made them male and female, and said, ‘Therefore a man shall leave his father and his mother and hold fast to his wife, and the two shall become one flesh’? So they are no longer two but one flesh. What therefore God has joined together, let not man separate.(Matt 19:4–6; ESV)