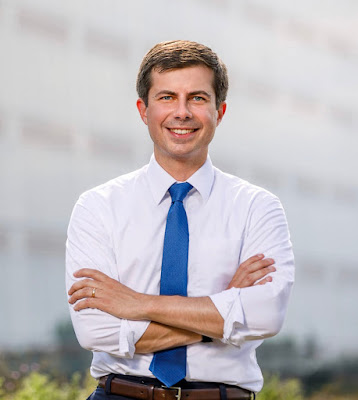 Sunday is the Christian Sabbath, it is a day on which Christians set aside time to pray, to gather for corporate worship, and to think and speak about God. So, in that regard, the remarks this past Sunday by Pete Buttigieg, the Mayor of South Bend, IN and an announced candidate to become President of the United States. “Mayor Pete,” as he is known, professes Christian faith and has publicly identified himself as a homosexual with a husband. This past Sunday Buttigieg gave a speech at the LGBTQ Victory Fund Champagne Brunch where he attacked the current Vice President of the United States (and the former governor of Indiana, with whom he reportedly had an amicable working relationship) and announced that he did not choose to be gay.

Then he said something that has gotten some attention. He added:

“If me being gay was a choice, it was a choice that was made far, far above my pay grade…And that’s the thing I wish the Mike Pences of the world would understand. That if you got a problem with who I am, your problem is not with me—your quarrel, sir, is with my creator.


In the 1970s, comedian Flip Wilson used to say, “The devil made me do it.” Mayor Pete has turned that adage on its head. According to Buttigieg, the devil is not responsible for his sexual orientation, God is.


This claim warrants examination. This claim is already being affirmed by some in the media (I heard talk show hosts on KFI in Los Angeles doing so today) and will doubtless be affirmed by many others but is it true? Is God responsible for Mayor Pete’s sexual orientation? To address this question we need to ask another question: in what sense?