How To Circumvent BigSocMedia Censorship 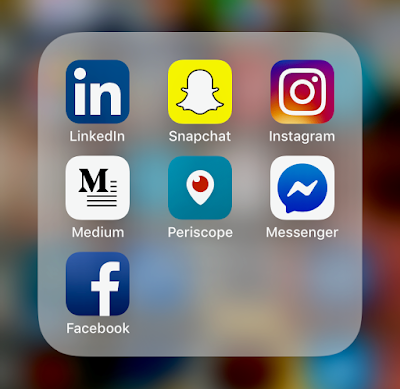 “SocMedia” refers to Social Media platforms, e.g., Twitter, Facebook, Instagram, and iTunes. It also includes video platforms such as YouTube and Vimeo. These are websites that ostensibly a wide variety of users to post content. The attraction of such sites is that they allowed consumers easily to find a a wide variety of content in one place. They allow content providers to put content in one or two places and reach a wide audience. The platforms, in turn, capitalized on this arrangement by selling to advertisers the number of users and sometimes information about those users who see themselves as consumers or providers but who, in reality, a commodity being sold to advertisers. That worked well enough until Social Media became BIG SocMedia. Billions of people across the globe use social media. Governments and their agents use SocMedia to achieve their (not always honorable) ends. Ideological interests use SocMedia to shape political and cultural opinions. In other words, the golden age of uncensored internet speech is quickly drawing to a close. BigSocMedia is no longer a “free market of ideas” where content creators compete to try to persuade consumers that their view is the one that ought to be adopted an implemented.

The truth is that the platforms (BigSocMedia) have picked ideological sides and are picking ideological winners and losers. Much of what happens on a platform is controlled by automation and the automation is does what it does according to an algorithm, a set of predetermined rules. Those rules can be very complex but they are increasingly written to exclude ideas no longer in favor. My friend Janet Mefferd recently co-hosted a conference advocating a politically incorrect view of human sexuality, God’s Voice. It was a response to the Revoice Conference held last summer in St Louis. The video platform Vimeo recently removed the videos of the conference. They also removed the content of the congregation that hosted the conference. Despite the absence of actual evidence, it is a core belief of those who run and operate BigSocMedia that human sexuality has only two norms: no one may deny any identity claim (e.g., the “transgender” claim that a biological male is really a woman etc) and any claim that sexual identity can be changed, even by divine grace, is heresy. In late modernity sexual identity is allowed to move in only one direction, away from nature and contrary to God’s moral law. It is the worst sort of ignorant, blind, religious dogma. It is the sort of dogma of which they accuse the Middle Ages but they practice it themselves blithely unaware of the irony.