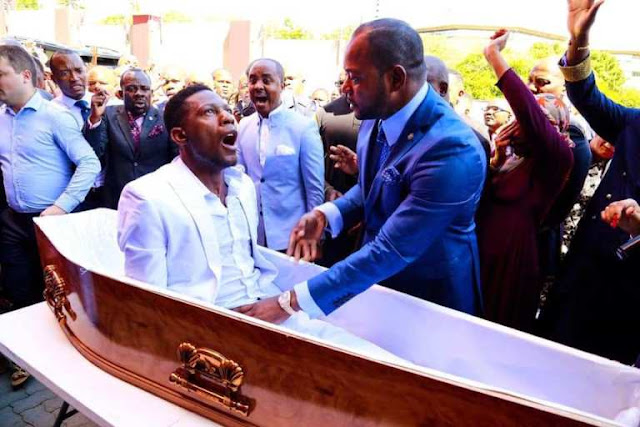 By Eric Davis - Posted at The Cripplegate:

He’s being called a modern-day Lazarus. This past Sunday, Alph Lukau of Alleluia Ministries in South Africa is reported to have raised a man named Elliot from the dead.

Elliot was carried in his coffin from a hearse to Lukau for the miracle. The supposed dead man lies in the coffin with his mouth open. With onlookers gazing, mood music playing, and fans cheering, Lukau commands the man to rise and he sits up in the coffin. The crowd goes wild.

Understandably, social media has been ablaze with the event. News outlets such as the BBC have covered it. But here’s the question: did it happen? Is Elliot, as some claim, a “modern-day Lazarus”? Here are some differences between Jesus’ raising of Lazarus and Lukau’s raising of Elliot.