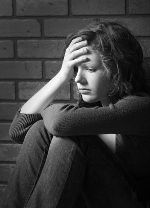 ATLANTA (BP) -- When Heather Havard was a freshman in high school, she heard the song "27 Million" by worship leader Matt Redman about the number of slaves in the world.

Heather Havard leads a group of college students from Texas to participate in human trafficking awareness during the Super Bowl week.

She was moved enough to begin doing her own research and taking measures to fight human trafficking. This weekend, she's leading a group of 10 people, most of them students at Sam Houston State University, where Havard is now a sophomore, to Atlanta to raise awareness during the Super Bowl about the problem of human trafficking.

"The Super Bowl is the number one event every year where human trafficking rates skyrocket," said Havard, a member of University Heights Baptist Church in Huntsville, Texas. "Traffickers will come from all over the country, and some from places all over the world. They'll rent out whole hotel floors. Sometimes you'll find that entire hotels are rented out by traffickers."


Havard and her fellow students will walk around Mercedes-Benz Stadium in Atlanta on Sunday handing out literature about human trafficking. They'll also make rounds in parking lots to leave literature on vehicles. Havard said it's important for people to know that as of 2018, there were more than 40 million human trafficking slaves in the world. In the state of Texas alone, 78,000 children and infants are being sexually exploited.