On the Death of John Allen Chau 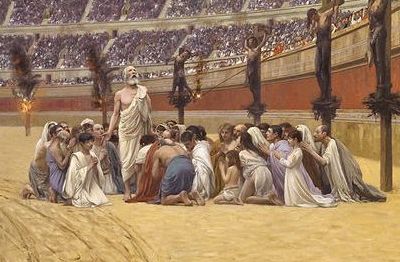 Suddenly the whole world is talking about Christian missions. In his own way, John Allen Chau has sparked a conversation that now rages within the church and outside of it. I’ve spent the past week gathering my thoughts about his situation, and would like to offer a few points I hope you find helpful.

First, we don’t need to rush to judgment. One of the consequences of this digital world is that it demands immediate responses. News spreads quickly and we are expected to have strong opinions long before we have access to more than the barest facts. Sometimes it seems that the less we know, the stronger we feel and the bolder speak. With a situation like this, we can reserve judgment until the facts become clear. In fact, we should reserve judgment until the facts become clear. We’ve had 150 years to consider John Paton and his perilous mission to the cannibals of the New Hebrides. We’ve had 60 years to consider Jim Elliott and his deadly mission to the jungles of Ecuador. But hours after the news of Chau’s death broke, we were all expected to have and express strong convictions about a man, an island, and a situation none of us had ever heard of. That’s ridiculous and unrealistic. Don’t rush to judgment.

Second, it doesn’t matter a bit what the world thinks about John Allen Chau or Christian missions. As Christians we distinguish between the church and the world, between the people who have come to faith in Christ Jesus and those who have not. We acknowledge that those who have come to faith have renewed (or renewing, at least) minds. It’s like when we become Christians we put on a pair of glasses that progressively allows us to see the world as it really is. We come to see that the world is in peril, that people who die outside of Christ will go on to be eternally separated from God. We come to see that we have an urgent mission to tell others about Christ so they have the opportunity to repent and believe and be saved. Those outside the church will never understand this and, in fact, will despise it, be offended by it, and mock it. In the face of all that, we are to carry out our mission with boldness and confidence. However we think about Chau, we have to ensure we are thinking in biblical rather than worldly ways. We have to ensure our thinking is rooted in the Bible, not in worldliness.