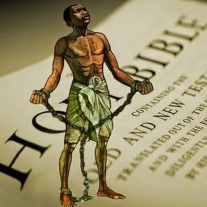 In my first semester at seminary I came across a Douglas Wilson poem which implied that the American institution of slavery was good and noble (“The Experiment” in Untune the Sky). In fact, the noun used in the poem to describe the supposed goal of the American South was “virtue.” Later I came across another work by Wilson, this one coauthored by Steve Wilkins, Southern Slavery as it Was. While ostensibly opposed to the “racism” of the South, the book struck me as a nothing other than a thorough defense of antebellum Christians who were slave owners.

As a product of a secular university (and certainly a secular culture), I was floored to see a well-known Christian leader defending slavery. Since then, I have found many other Christians who believe the same thing: that the Bible not only permitted the American slave trade, but that those slave owners in the South who claimed the name of Christ and yet profited from the buying and selling of human beings could do so with a clean conscience before God.

Perhaps the pertinacity of this belief explains lingering racial issues in American Christianity. As recently as twenty years ago, Bob Jones refused admission to students who were inter-racially married. Many American politicians have refused to reverse laws banning interracial marriage because of fear of opposition from Christian voters. In fact, much of the racial divides that exist in churches today have their roots in the Fundamentalist churches that taught that the races were designed by God, and thus inter-racial marriage was sinful.