The Anti-Gospel of Immigration Activism and American Prosperity 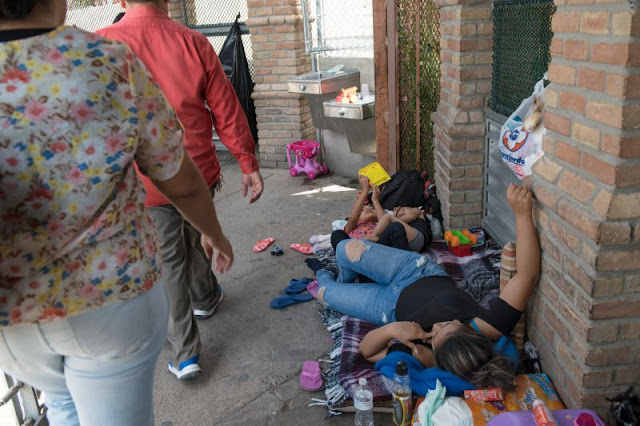 By Ariel Bovat - Posted at Kaleoscope:

The author quotes a female coyote, which is another name for human smuggler, as she discusses her “work”:


Other coyotes don’t care, they’ll just take the money and leave them, robbed or whatever. She flips through her digital ­scrapbook to find a woman who arrived in tears. “She had been raped, and had an infection.” A trip to the hospital was arranged. “And this blond woman says she was raped also. The coyote in the jungle separated her from the group and told her she couldn’t move forward until she slept with him.

Latin American people, along with other ethnic groups, many of them women, risk their lives and pay large amounts of money to Latino coyotes to pay off the cartel. Once they do make it across the border, they are still at the mercy of smugglers, operating and moving them around the U.S.

On June 14, 2018, special agents from U.S. Immigration and Customs Enforcement’s (ICE) responded to a call from a local Texas law enforcement agency requesting assistance on a possible human smuggling situation. They discovered 54 smuggled illegal immigrants inside a tractor trailer. Inside the trailer were men, women and children from four countries: Brazil, El Salvador, Guatemala and Mexico. Had law enforcement agents not discovered this trailer, all of their lives would have been lost as they baked in that trailer under the hot Texas sun. The smuggler was caught and arrested, but not before all the money those immigrants paid the smuggler was gone, never to be recouped by those that sacrificed what little they had to pay a smuggler to load them into their coffin to die.


“These horrific instances show how no one should trust their lives — or the lives of their loved ones — to these criminal organizations.”, says Special Agent in Charge Shane M. Folden, HSI San Antonio.