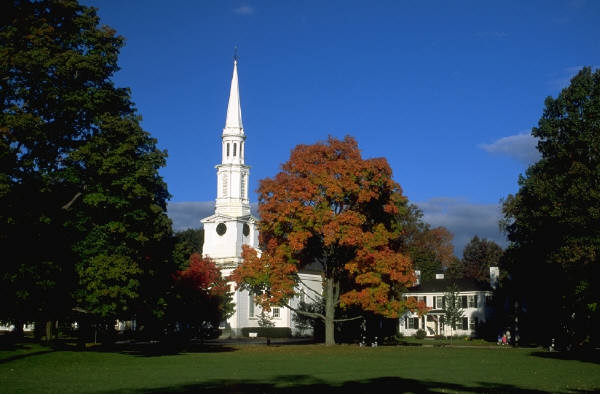 The communion of which I am a member has from time to time experienced a lively debate between those who want to advance a more contemporary, “seeker friendly” worship style on the Lord’s Day and those who want to uphold the more formal, liturgical forms of traditional Protestant worship. It is a complicated discussion, and opposing camps often form too readily; thus, further strife over the subject seems almost inevitable.

But perhaps most disturbing to me is the apparent assumption that those who support the “seeker friendly” style are more clearly on the side of grace than those who do not. The argument goes something like this:


The gospel is about grace, and grace is about meeting people where they are. Therefore, in order to meet people where they are, we must remove all extrabiblical obstacles from their path to Jesus. Traditional worship forms and language are extrabiblical obstacles for most people in our culture. Therefore, they must be replaced with cultural forms that are familiar to people today so that the gospel might become clear to visitors. Likewise, the entire atmosphere of the church must be welcoming and comfortable, and the teaching must be accessible to first-time visitors and clearly applicable to the everyday problems of modern man. Those who insist on traditional worship forms seek to bring people to law rather than grace, and they will become increasingly ingrown, irrelevant, and, consequently, foul-tempered.


That is, as I see it, the basic argument attempting to link the doctrine of grace with the compulsion to alter one’s worship style to mirror the current culture. And before I state my thesis, it must be said that there is much truth to this reasoning and these observations. Far too many traditional Protestant churches are ingrown, irrelevant, and, yes, foul-tempered. Far too many are unwilling to alter the least jot or tittle from the way they have done things for years, though the item in question may be a relatively recent innovation only fifty years old or so. Far too many traditional churches think well of themselves such that for them it is no quandary to emphasize law to the exclusion of grace. In this sense, the advocates of “seeker friendly” worship are quite correct: there are few churches less effective in communicating the gospel to our time than a church that is both traditional and ungracious.

But a contemporary worship format does not guarantee a gracious church any more than a traditional service will guarantee a moralistic church. For the purpose of this article, I would like to focus on different approaches to preaching. I want to show, first, that this argument is not as simple we might think, and, second, that, in the long run, traditional Protestant preaching, properly done, is far better suited to carry the message of grace to our time than its contemporary, “seeker friendly” rival, which often is, ironically, in far greater danger of producing a works-based religion.