The Gospel Is The Remedy For Racism 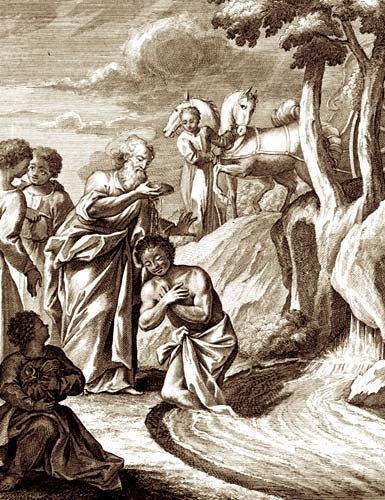 Racism is sin. There can be no hedging or qualifying here. To regard another image bearer as inferior because of his ethnicity is sin and has no place in the church of Jesus Christ. God’s Word is clear about the only remedy for racism: the good news of Jesus Christ.


But before faith came, we were kept in custody under the law, being shut up to the faith which was later to be revealed. Therefore the Law has become our tutor to lead us to Christ, so that we may be justified by faith. But now that faith has come, we are no longer under a tutor. For you are all sons of God through faith in Christ Jesus. For all of you who were baptized into Christ have clothed yourselves with Christ. There is neither Jew nor Greek, there is neither slave nor free man, there is neither male nor female; for you are all one in Christ Jesus. And if you belong to Christ, then you are Abraham’s descendants, heirs according to promise. (Galatians 3:23–29; NASB).

Notice Paul’s frame of reference. It is redemptive history. Before Christ there was a barrier, a “dividing wall” he calls it in Ephesians 2:14–15: “For He himself is our peace, who made both groups into one and broke down the barrier of the dividing wall, by abolishing in His flesh the enmity, which is the Law of commandments contained in ordinances, so that in himself he might make the two into one new man, thus establishing peace…” (NASB). That barrier, that dividing wall was the law. Abraham was a Gentile who believed and was circumcised (Rom 4:1–4). He believed and was justified by grace alone, through faith alone. In order, however, to teach the Israelites the greatness of their sin and misery, the Mosaic law was given to drive them to Christ. Paul calls the law a “pedagogue,” i.e., a teacher with a whip or a stick in hand. At every point the law punished the slightest infraction. That law, symbolized by circumcision, also “cut off” (pun intended) the Gentiles. They were to be regarded as ritually unclean. Relative to Israelite worship and religion, the Gentiles were second class citizens.