The abusers behind the idea that children have a 'gender identity' 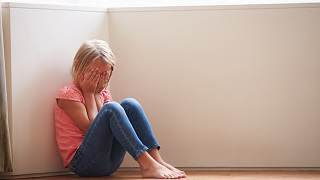 The idea that children have an innate “gender identity” that may differ from their sex has been promoted globally by influential child abusers who worked with children. In this article Carys Moseley traces the influence of Peter Newell, the prominent British children’s rights campaigner jailed last month for raping a boy. Newell introduced the idea that children’s “gender identity” should be protected in law in the UNICEF Implementation Handbook for the UN Convention on the Rights of the Child, a document closely linked to the Yogyakarta Principles drawn up by LGBT activists to spread LGBT privileges worldwide.

Last month Peter Newell, the most prominent campaigner in the UK for a ban on parental smacking, was jailed for six years for historic rape of a 13-year old boy. Newell was a major international ‘children’s rights campaigner’ with one goal – to make smacking illegal worldwide, and thus to create a situation where parents could be criminalised and even in the last resort lose custody of their children. This turns out to be highly relevant to the normalisation of transgender identity in children.