Are Christians in the West Really Being Persecuted? 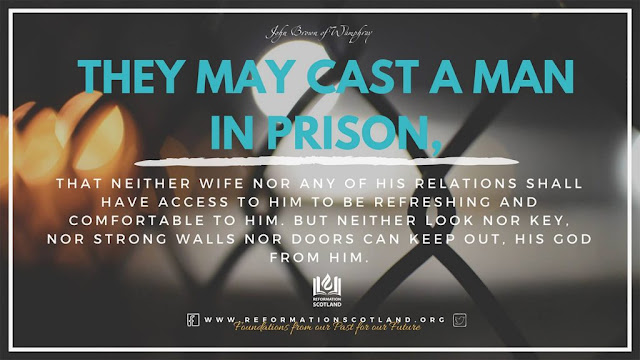 “They may cast a man in prison, that neither wife nor any of his relations shall have access to him to be refreshing and comfortable to him. But neither lock nor key, nor strong walls nor doors can keep out his God from him” – John Brown of Wamphray

The Christian religion is certainly the most persecuted worldwide. But some people feel that, despite growing hostility to Christian values, it is going too far to speak about persecution in the West. Others speak of an evangelical persecution complex. We tend to associate it with physical violence but persecution actually extends to thought control. If it is impossible to be in a particular job with certain biblical convictions (even unexpressed) then those beliefs are certainly being persecuted. When we turn to Scripture, it is in fact clear that all Christians should expect persecution to some degree.

Christ says, “If they have persecuted me, they will also persecute you” (John 15:20). The context of this verse shows that such persecution arises from contempt for the teaching of faithful and godly ministers. A media culture that attacks and ridicules every area of Christian values is one that is constantly both excluding and targeting the Christian conscience. The secular inquisition seems relentless.

Recently a Middle Eastern underground house church leader was quoted as follows: “Persecution is easier to understand when it’s physical: torture, death, imprisonment…American persecution is like an advanced stage of cancer; it eats away at you, yet you cannot feel it. This is the worst kind of persecution.” It echoes what Francis Schaeffer once said: “I believe that pluralistic secularism, in the long run, is a more deadly poison than straightforward persecution.”

Scripture also says “all that will live godly in Christ Jesus, shall suffer persecution” (2 Timothy 3:12). As David Dickson comments, “it is the common lot, not only of pastors, but of all Christians, to suffer afflictions and persecutions for the gospel’s sake”. If they are living godly in Christ Jesus, Christians in the west are experiencing some form of persecution and should expect it. Persecution of various kinds has been the normative experience of the Church down through the ages. Perhaps we need to dwell on these considerations a great deal more than we do. If persecution increases in the future, will we have a theology of suffering for Christ (as it were) that will sustain us? In the following video clip we have an example of when believers suddenly needed to put their theology of suffering for Christ into practice.