Is There a Meaning in the Total Eclipse? 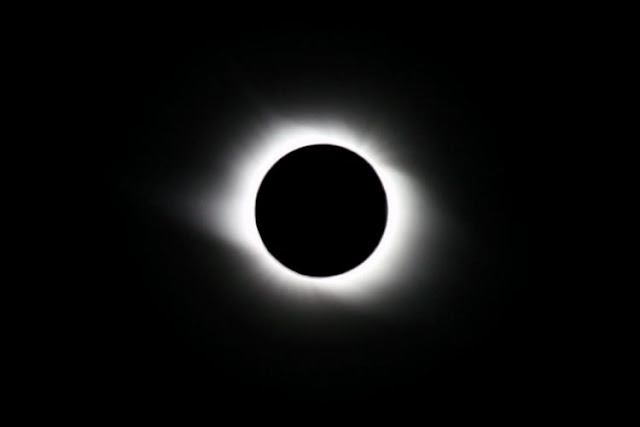 A total eclipse event has lost none of its power to provoke wonder, fear, and reflection. Totality can have an unusual effect that some people call life-changing. “I’ve seen people get on their knees and pray,” one man says “I’ve seen scientists cry”. Weeping and embracing, people feel overwhelmed about being brought together in the same experience. Everyone wants to find some meaning in it, not just those with a leaning to apocalyptic theory or astrology. “I’m not religious”, said another man, “but I think it’s something very like when God says, ‘let there be light’”. Should we find a meaning in it and what would that be?

A Time magazine article reckoned that the true meaning of the eclipse lay in the momentary unity of a very divided United States. Similar imagery features in Scripture of course, particularly in passages describing future judgment. Some also think it may have been involved in Hezekiah’s sign. One passage that seems to allude to a total eclipse is Amos 8:9 “it shall come to pass in that day…that I will cause the sun to go down at noon, and I will darken the earth in the clear day”.

George Hutcheson applies this verse in a way that helps us to use the eclipse to reflect on spiritual priorities. The following is an updated extract from his comments. Amos chapter 8 warns of the approaching final subversion of Israel. Their songs of joy would be turned into laments (v1-3). This was because of their sin, their greed and their being weary of true religion (v4-6). God would punish their sin (v7-8). In particular it would be through a sudden change of condition, when they least expected (v9). They would be filled with bitter sorrow (v10) but particularly a famine of hearing God’s word because they had despised it (v11-12).